There are also many treatments available to try to get rid of mosquitoes, or at least stop them from biting people. 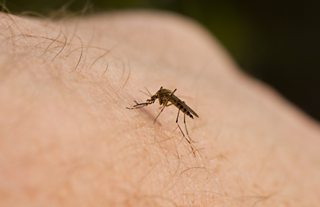 The malaria parasite has become resistant to drugs. New drugs need to be developed urgently.

Once a person starts to show signs of malaria, they need to take their anti-malarial drugs as soon as possible to stand a better chance of fighting the disease.

Unfortunately, not everyone in countries like Malawi are able to access drugs when they need them. This is often because people living in rural areas have to travel a long way to reach a doctor.

The early symptoms of malaria are similar to many other conditions, so people often don't realise they are infected until the disease is more advanced.

Malaria has the biggest impact on poor people, as they cannot afford to buy nets and get the treatment they need. It can become a vicious circle where people are prevented from getting out of poverty because of the burden of malaria.

Organisations such as the World Health Organisation (WHO) have launched campaigns to eradicate malaria using insecticides and drugs. They also conduct research into finding ways to cure and prevent malaria. The WHO are currently running the Malaria Vaccine Implementation Programme (MVIP) in some sub-Saharan Africa countries as part of a pilot programme for the vaccine called RTS,S.

The Bill and Melinda Gates Foundation was set up to provide funding to try to find a cure for malaria.

Drugs – expensive and parasites are building up a resistance.

Insecticides – expensive. Malathion stains yellow and has an unpleasant smell, it may also pollute the environment.

Drain breeding grounds – impractical as they refill when it rains. It is impossible to drain all breeding grounds. A puddle or tin can is enough water for mosquitoes to breed in.

Flushing out of dams – this defeats the purpose of a dam which is to store water, especially when water may be in short supply.

Planting eucalyptus trees – effective at soaking up water but can soak up water needed for farmland.

Larvae-eating fish – often used in paddy fields. The fish cannot eat all the larvae but do provide a source of protein for locals.

BTI coconuts – safeguard ponds for up to 45 days and coconuts are cheap and plentiful.

Education – effective but it only takes one mosquito bite to spread malaria.

Vaccines - still in early stages of trials, so not yet in widespread use.