Rock types in the UK - igneous, sedimentary and metamorphic

Rocks can be classified in to three main groups - igneous, sedimentary and metamorphic. These three different rock types can be found in distinct areas of the UK.

Igneous rocks - these rocks are a result of volcanic activity in the past, when Britain was close to a plate boundary. Some of the igneous rocks are due to lava erupting at constructive plate boundaries. When the lava reached the surface, it cooled and solidified to form basalt rock. An example of this is the Giant's Causeway in Northern Ireland.

Other rocks are formed by hot molten magma beneath the Earth's surface cooling and solidifying as an intrusive rock under the ground, such as granite. This is later exposed as the rocks above are weathered and eroded at the Earth’s surface. 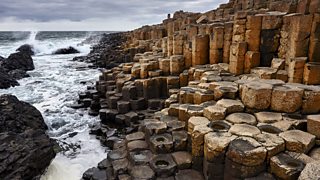 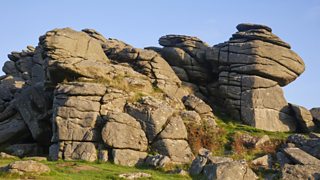 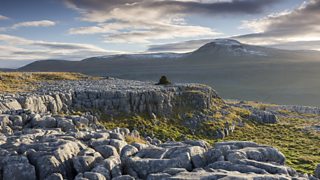 Limestone is one type of sedimentary rock, as seen in the Yorkshire Dales 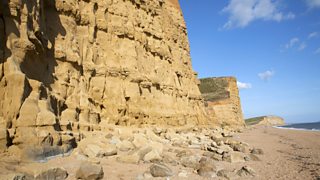 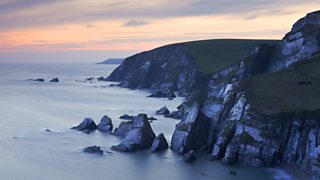 Slate sea stacks in Devon. Slate is an example of metamorphic rock.

Sedimentary rocks – these are made up of small particles of sand and rock, which have been transported by the wind, rivers and ice and are usually deposited on lake or seabed. Over many millions of years, successive layers of sediments accumulate. These layers of sediments are compressed by the weight of the deposits above, into sedimentary rocks. These rocks form in layers, known as bedding planes.

When sand is compressed it forms sandstone. When mud is compressed it becomes clay. Limestone and chalk come from the remains of dead plant, animal and marine species and are rich in calcium carbonate and contain fossils. Many of these rocks were formed over 300 million years ago, in warm tropical seas during the carboniferous period. The existence of these rocks is evidence that Britain was at a different latitude compared to today. This suggests movement of continental areas of the globe, which is explained by the modern theory of plate tectonics.

Metamorphic rocks - these are rocks that have been changed in shape and form by intense heat and pressure at a plate boundary or along a fault line. These rocks start as either igneous or sedimentary rocks and are crystallised under the intense heat and pressure conditions to form rocks such as slates, schists, and marble. These rocks are very hard in nature and are often used as roof material.