On-going temperature recordings using thermometers have shown a clear warming of the Earth's temperature over the past few decades. By using this data, scientists have seen an average combined land and ocean surface temperature increase of 0.85°C since the end of the 19th century. In the northern hemisphere, the period between 1983 and 2012 was the warmest 30-year period of the last 1,400 years.

Over the past 50 to 100 years, photographic evidence has shown that the world's glaciers have been melting, which has caused them to retreat. The melting of glaciers around the world has been observed since the late 1800s. The rise in global temperatures is causing glaciers to disappear and is increasing the melting of sea-ice in the Arctic. Artic sea-ice is disappearing at a rate of 10 per cent every decade. 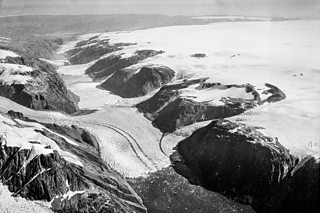 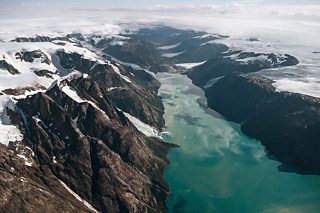 Photographic and artistic evidence for colder winters in the past and glacial changes.

Scientists often use ice cores to detect changes in temperature. When snow falls, it traps air into the ice. When scientists take a core of ice, it reveals the carbon dioxide and methane concentrations at the time the snow fell. Scientists believe there is a close link between the amount of these greenhouse gases in the atmosphere and global temperatures.

In recent years there have been signs of a seasonal shift in many regions of the world. In the UK spring arrives earlier and winters tend to be less severe. These seasonal changes affect the nesting and migration patterns of wildlife.