James, the son of Mary and Lord Darnley, was born on 19 June 1566. On Mary’s abdication in 1567, he was crowned James VI. At one year old he was unable to rule, so a series of regents governed Scotland for him.

The regency of Moray 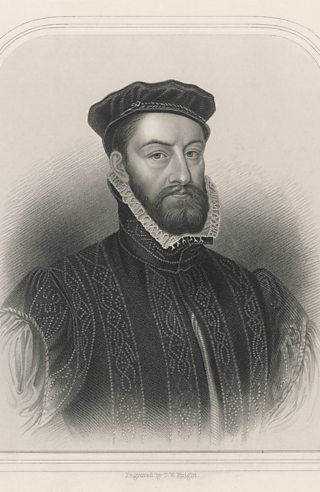 James, the Earl of Moray, was Mary's half-brother

Mary’s half-brother, the Earl of Moray, was the first of James' regents. He had to cope with the fact that Mary still had strong support in Scotland. His defeat of Mary’s forces and his strong leadership earned him the nickname ‘The Good Regent’.

Moray looked to gain Protestant support by passing the laws of the Reformation Parliament of 1560. These laws favoured the Kirk. He also took action against Catholic priests, satisfying the Protestants and reducing Mary’s support.

In 1568 he tried to get official recognition of his regency from Elizabeth I. He travelled to York to attempt a treaty with England. However, Elizabeth was not yet willing to end Mary’s claim to Scotland.

In 1569, he went to north-east Scotland where he tried to bring the Earl of Huntly, a strong supporter of Mary, into line.

In January 1570, Moray was shot and killed in Linlithgow. The assassin, James Hamilton, was one of Mary’s followers. Moray's funeral at St Giles in Edinburgh was well-attended, with John Knox preaching and many nobles paying their respects.

The regencies of Lennox and Mar

After Moray's death, his supporters failed to agree on a new regent. They turned to Elizabeth I to choose, hoping this would bring her increased support against Mary.

Elizabeth chose the Earl of Lennox as the new regent. Lennox had been Lord Darnley’s father and was James’ grandfather. Scotland was still embroiled in civil war and like Moray, Lennox was opposed by Mary’s supporters.

His regency was short-lived. He arranged a meeting of parliament at Stirling in 1571. Mary's supporters, led by Lord Huntly, attempted to stop the meeting. Lennox was killed during the attack.

The Earl of Mar was appointed as the new regent.

He wanted to weaken the power of Mary’s supporters who were in control of Edinburgh. He looked for assistance from both the Earl of Morton and Elizabeth I. But before he could set plans into action, he fell ill. Regent Mar died in 1572.

The regency of Morton 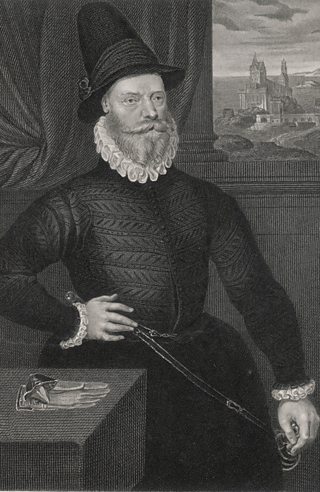 James, the 4th Earl of Morton

From 1572, the Earl of Morton became regent. He was to guide policy throughout the remainder of James' youth.

Morton effectively ended the civil war. He defeated Mary’s main support in 1573 when he made peace with the Catholic nobility and recaptured Edinburgh Castle.

Morton looked to restore law and order which had disintegrated after years of civil war.

He was determined to assert the authority of both the crown and the Protestant faith. He made town councillors declare an oath of loyalty to the king and the Kirk. Ministers had to declare that they accepted the King as Supreme Governor of the Kirk. Morton appointed bishops to run the Kirk.

Some Protestants opposed these measures as they bound the Kirk to the government. Morton's appointment of bishops made many in the Church suspect he had Episcopalian leanings. He was openly criticised by Andrew Melville, leader of the Kirk after John Knox.

Catholic opposition continued from the Earls of Argyll and Atholl. Faced with challenges to his authority, Morton resigned in March 1578. However, a month later, he took possession of Stirling Castle, where James was staying, and was able to re-assert his control.

In 1579, James formally began his rule of Scotland and Morton's regency ended. Soon his opponents moved against him. In December 1580, he was accused of involvement in the murder of Lord Darnley. He was executed in June 1581.