Prohibition had the unwelcome result of promoting organised crime as the demand for alcohol meant it had to be supplied illegally. Unscrupulous traders could import it quite easily from Canada and Mexico. This was known as 'bootlegging', and in the novel there are rumours that Gatsby has made his money in this way.

Before setting off on the outing to New York, Tom says he might buy petrol at a drug-store, adding pointedly:

You can buy anything at a drug-store nowadays. 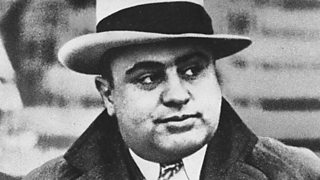 This leads to an embarrassed silence, as Tom is implying that Gatsby's business interest in drug-stores is a cover for selling illicit alcohol.

As well as being sold at drug-stores, alcohol was also freely available at clubs and saloons known as 'speakeasies', and although these were sometimes raided, the trade continued unabated.

The police were often bribed with some of the vast profits to be made. The renowned gangster Al Capone made a huge fortune through controlling speakeasies and the illegal alcohol trade in Chicago. He successfully avoided being implicated in his crimes but was eventually arrested and imprisoned - for tax avoidance! 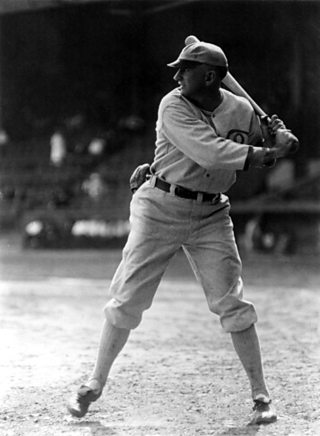 The corruption in the police forces allowed other forms of crime to flourish also. The fixing of sports results to enable gamblers to profiteer is referred to in The Great Gatsby, when Gatsby introduces Meyer Wolfshiem to Nick as "the man who fixed the World Series back in 1919."

This was based on a real incident. A top baseball team, the Chicago White Sox, favourites to win the World's Series, conspired with their contacts in a criminal gambling syndicate to lose to their opponents, the Cincinnati Reds. A New York gangster, Arnold Rothstein, financed the scam.

Fitzgerald based the character of Wolfshiem on Arnold Rothstein, who is also known to have dealt in stolen bonds. This seems to have been another branch of crime in which Gatsby dabbled. When Nick answers the phone in Gatsby's mansion, the speaker says:

Young Parke's in trouble... they picked him up when he handed the bonds over the counter.

The speaker hangs up abruptly when he is told that Gatsby is dead.

The Mafia was behind much of the organised crime at this time, and murder was part of its activities. Guests at Gatsby's party pass on the rumour that Gatsby himself once killed a man. The criminal bosses were based in the large cities, particularly Chicago, and it is a hint of his criminal activities when Gatsby gets phone-calls from these known centres of organised crime: "Chicago was calling him on the wire"; "Philadelphia wants you on the phone, sir."

Huge fortunes could quickly be made. Tom Buchanan speculates Gatsby is a bootlegger:

a lot of these newly rich people are just big bootleggers, you know.

In an unguarded moment, Gatsby tells Nick it took him 'just three years' to earn the money to buy his 'colossal' house.