What is the media industry?

The media industry can be defined as a varied collection of organisations that share the production, publication and distribution of media texts. Examples of media organisations include:

Media texts can be used to inform, entertain, or promote ideas or products.

Audiences can consume media texts in many different formats on a range of platforms.

‘Traditional media’ or ‘old media’ are the names given to the industries that existed before the internet, like radio, print and television.

Some examples of what is termed 'traditional media'

There are also emerging formats and platforms for media texts that have developed since the rise of the internet. They are called ‘new media’ and include:

New media is on-demand content accessed via the internet through digital devices, such as personal computers and smartphones.

New media texts can involve interactive elements such as audience engagement and feedback. 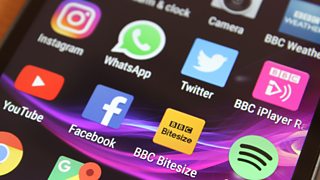 For example, on a smartphone, tablet, or laptop you can listen to the radio or download music, surf the internet, watch videos, read newspapers and magazines, and participate in social media.