The power of vested interests

Successive British governments were influenced by the power of vested interests (personal improvement for financial gain). In Parliament and industry there were those who had wealth and power to buy votes and exert pressure on others in support of the slave trade.

Many absentee plantation owners and merchants rose to high office as mayors or served in Parliament. A significant number had a direct vested interest.

A number of MPs had become wealthy as a result of the slave trade. They were powerful enough to bribe other MPs, making it difficult to get an abolition law through Parliament.

MPs who supported the slave trade made speeches in Parliament opposing abolition. They argued, millions of pounds worth of property would be threatened by the abolition of the slave trade, that the slave trade was necessary to provide essential labour on the plantations and that abolition would ruin the colonies.

...there are now in Parliament upwards of 40 members who are either West India planters themselves, descended from such, or have concerns there. [Out of roughly 550 MPs]Gentleman's Magazine, 1766 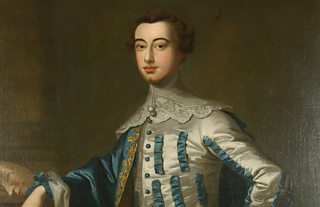 In the period before the abolition campaign got going, Sir James Lowther was the richest commoner in England. He owned properties in both England and the West Indies.

Although his English estates brought him greater financial returns, it was the profits from his Barbados sugar plantations that allowed him to purchase land in England.

The House of Commons was dominated by various interest groups, of which the West India Lobby was for long the most powerful.

A London-based West India lobby had grown in the first half of the 18th century to include representatives from Bristol, Liverpool and Glasgow.

The Society of West India Planters and Merchants formed in the 1760s. This group increased their representation in Parliament to affect legislation on sugar duties and protect their interests.

West Indian planters spent large amounts to ensure they were elected to Parliament.

Tactics included producing pro-slave trade witnesses to testify in parliamentary inquiries into the slave trade. The West India Lobby included the Duke of Clarence, one of the sons of George III, and proved tough opposition to the abolitionists.

Wealthy merchants from London, Liverpool and Bristol also exerted pressure on governments to oppose the abolition of the slave trade. In 1775 a petition was sent to Parliament by the mayor, merchants and people of Bristol in support of maintaining the slave trade.