Abolition was associated with the general fear of slave revolts. Slave violence played into the hands of the slave lobby, confirming their warnings of anarchy.

In 1791 the French colony of St Domingue was the richest sugar island in the Caribbean. A slave army led by Toussaint L'Ouverture burned the plantations, defeating both militias and French troops. The emergence of an independent republic, under black leadership, sent shock waves across the Atlantic to Britain. 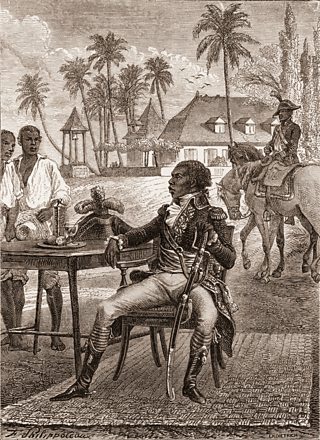 In 1793 Britain took the chance to take St Domingue from the Haitian leader L’Ouverture. However, Britain suffered humiliation and was beaten by disease and the ex-slave army.

Despite this failed invasion, the British continually attempted to defeat the slave army and capture the island’s resources. The government hoped this would stop rebellion spreading to neighbouring British colonies.

In Britain there was fear that rebellion would spread to other islands. The pro-slavery lobby blamed the abolition campaign for provoking the rebellion and for the resulting death and disorder.

Attitudes in Parliament became hardened towards the protection of property and against abolition. In public opinion the abolition campaign became linked to the reported 'murder and mayhem'

But at the same time concerns were raised about the long term viability of slavery. The financial and human cost had soared out of control in a short space of time.

Although the position of plantation owners and slave traders remained fixed, support for slavery amongst other Parliamentarians declined over the long term.