Everyone is aware that films have directors and sometimes they get sole credit for a film’s success, but they do not work alone.

Film-making is a collaborative process. That means many different people must work together to create the final product.

If you watch the end credits of any movie you will see dozens of technicians and artists listed.

Here are the roles and responsibilities of the key people in that process and their contribution to the final product: 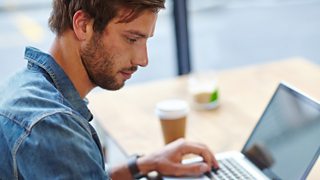 Before a film can begin shooting it must have a script or screenplay.

A screenplay tells us everything that we will see and hear onscreen, including events, characters and dialogue and serves as a blueprint for the film.

Changes may be made during filming - an actor, for example, might alter a line of dialogue or a director might decide to remove a scene - but a film cannot happen without a screenplay.

Before a film can be made the screenwriter must first create a screenplay which serves as a detailed scene by scene plan for the film and includes visual descriptions of characters and actions, spoken dialogue and clear and consistent descriptions of locations.

Wherever possible the screenplay should follow the 'show don’t tell' rule - this states that action and events should, wherever possible, be conveyed via visual description rather than dialogue.

For example, if a character is heartbroken it would be better to show them sobbing or falling to their knees in despair rather than letting them express that sadness via dialogue.

The screenplay should generally avoid direct references to camera shots or instruction to directors.

A screenwriter must not only write the screenplay, they must also make sure that this document is properly formatted.

Screenwriters must follow rules regarding how information such as scene headings, dialogue and screen directions are laid out. Following these rules will result in a script where one page equals one minute of screen time.