The poem opens with the flat, slightly puzzling statement: Everywhere she dies. Everywhere is repeated for reinforcement in the same line - Everywhere I go she dies.

The qualification I go helps us to understand what is meant by this. The poet cannot escape awareness of the death of his loved one. These statements are simple, direct and matter of fact.

The juxtaposition of the I and the she immediately informs us of the bond between the speaker and the subject of the poem.

There follows a patterned list of places where her death, for him, is to be found: No sunrise, no city square, no lurking beautiful mountain. The repeated use of the negative no emphasises how inescapable and ubiquitous her death is for him. 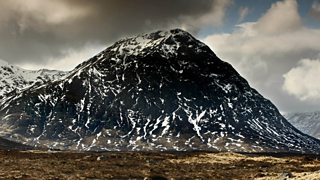 The choice of locations in which he feels her death most keenly is significant. They are not usually associated with death - a city square is usually bustling with people, while sunrise and mountains are associated with beauty and pleasure.

This suggests that the impact of her death has tainted these places and experiences with death. Grief pervades every facet of his existence.

The poet employs paradox in the line the silence of her dying sounds through the carousel of language. This works in the same way as the phrase a deafening silence – a silence so intense it makes an impact in the way a loud noise would.

In this metaphor, language is compared to something light-hearted and frivolous. A carousel is something that goes round in a pointless fashion, going nowhere, purely designed for amusement. By contrast the silence of death seems much more profound and serious.

There follows a switch of metaphor as the silence becomes a web, with its connotations of a deadly trap. On it, laughter is doomed to become stuck – it stitches itself.

MacCaig finishes the stanza on a deeply pessimistic note with a rhetorical question. He asks how his hand can clasp another's when death, described as that intolerable distance, lies between them. Death is described as thick, an inevitable, impenetrable barrier between the living and the dead.