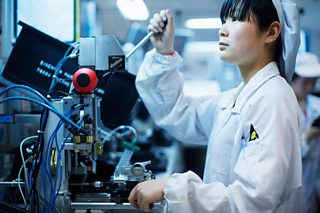 As in the West, there are continuing issues with gender inequality in China.

Officially, China's constitution guarantees women 'equal rights with men in all spheres of life' in accordance with Chairman Mao's maxim that 'women hold up half the sky'. The reality is more complex.

A 2013 economic report (Gender Earnings Differences in China: Base Pay, Performance Pay, and Total Pay) stated that women are paid about 75% of what men are paid in equivalent roles. The World Economic Forum report ranks China 100th out of 144 societies on gender equality.

There has been major progress in other areas. The considerable efforts of the Chinese authorities to extend healthcare provision to the whole population has benefitted women. Some health policies – such as cancer screenings and antenatal care – are aimed specifically at women and this has led to life expectancy for women to increase from 73 in 2000 to 77 in 2016. 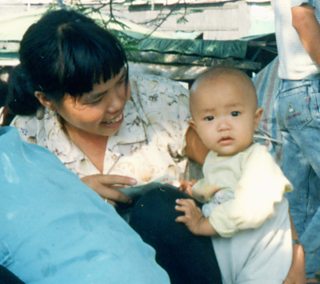 Government policy directly impacts on women's lives and careers. The hukou system (Household Registration System) is a government policy designed to deter migration from rural areas to the city.

The policy means that women are only entitled to welfare and healthcare in the region they come from. If they move to a city they lose the right to access healthcare for them and any children they have. As a result migrant women often have to move back to their home region to marry and have children and, as a consequence, they have to give up higher paying jobs and careers in urban areas.

Gender inequality has also had a recognisable effect on China’s population demographics. China's one-child policy was introduced in the 1970s to control population growth. As Chinese society valued boys over girls, many families aborted female foetuses in favour of males.

Although this policy has now ended, the net result is that there is now a gender imbalance with over 30 million more men in the country than there are women. The inability of millions of men to find a bride and start a family – a big deal in Chinese society – is recognised by the Chinese authorities as a problem.