In this story we can see the Jewish attitude towards both women and Gentiles.

News of Jesus’ miraculous abilities had reached Gentile areas, and a woman comes to Jesus to ask him to cast out an evil spirit from her daughter.

There is little information on the miracle, but instead the focus is on the conversation between the woman and Jesus. She calls him “Sir”, which means Lord, a title for God.

Jesus’ words to her are shocking, and even seem rude to us today. He says, “It is not right to take the children’s food and toss it to the dogs.” The term ‘dog’ was a common description of Gentiles.

The woman is very determined and faithful and she responds, "even the dogs under the table eat the children's crumbs”. She means that although she is not a Jew, she has heard about Jesus and believes in him.

Jesus was delighted with her reply and praised her for her faith. He healed her daughter from a distance, without ever meeting her and showed that the Kingdom of God is open to everyone.

This miracle is an excellent example of the theme of universalism. 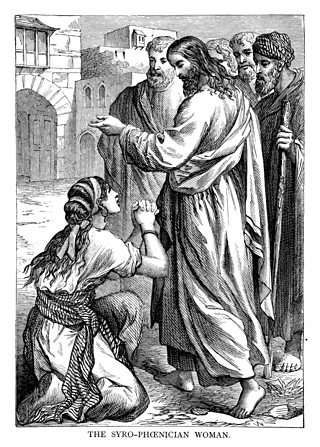 This miracle took place immediately after the transfiguration.

While Jesus was with Peter, James and John on the mountain, the other disciples had been trying to cast an evil spirit out of a boy. They were unable to do so.

When Jesus arrived back, the disciples were having an argument with the religious leaders.

This miracle is very important as it shows the importance of faith.

Jesus said, “Everything is possible for the person who has faith”, and the boy’s father asks Jesus to help him have more faith.

Some people believe that without faith miracles are impossible.

There is an argument that the boy may have been suffering from epilepsy. At the time of Jesus it would have been mistaken for demonic possession as the symptoms would have been similar - fits, foaming at the mouth and uncontrollable limbs.