Attempts to reduce inequalities in health

In Scotland, decisions on health are made by the Scottish Parliament. In 2008 the Scottish government's Equally Well report (and a follow-up report in 2010) set out their approach to reducing health inequalities.

It states that in order to tackle health inequalities, national and local government, the NHS in Scotland and the voluntary sector must work together.

Linked to Equally Well are a number of other initiatives including: 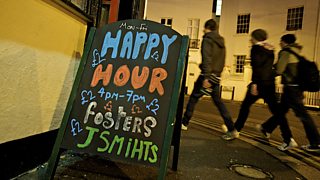 Other important Scottish government attempts to improve health and reduce health inequalities include:

A 2014 inquiry by the Scottish Parliament's Health and Sport Committee concluded that despite significant investment in tackling health inequalities in Scotland since devolution, the gap between rich and poor remains persistently wide.

The Committee found most of the primary causes of health inequalities were related to income and deprivation. It also heard that Government investment in public health campaigns – for example to tackle smoking, alcohol, poor diet and lack of exercise, often led to disproportionate uptake and could widen health inequalities rather than narrow them.

Given the link between poor health and income inequalities, the Committee was concerned that the implementation of welfare reform is reducing the income available to the poorest and most vulnerable individuals and families and may further impact on health and wellbeing inequalities.

The Committee also concluded that while the NHS has a key role to play in tackling health inequalities, it cannot do so successfully on its own and the efforts to address the issue need to be made on a much wider number of fronts.