There are a huge number of electrical components available to buy from specialist suppliers. Items such as bulbs, buzzers and sensors are all readily available, and prices decrease as more units of the product are bought. Items can be matched to ensure they are the right voltage and current rating for the product being produced. 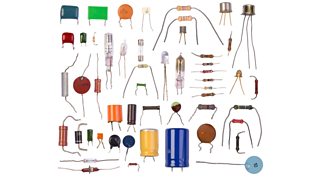 Resistors limit the flow of current around a circuit and can prevent damage to components.

Resistors used in electrical circuits have a tolerance of how much power they allow into a circuit - the smaller that tolerance is, the less likely the circuit will be overloaded and damaged, but the more expensive the resistor will be.

When reading the value of a resistor, it must be held with the gold or silver band to the right - this is the tolerance band.

Rather than have resistors available for every number possible, resistors are only available in what is called a ‘preferred value’. These values are indicated by the number created by the first two coloured bars on the resistor.

The first band on the left shows the first number, the second band is the second number and the third is the multiplier.

What is the value of the resistor below?

Resistors are available in series - the series refers to the resistors tolerance. The most common two are called E12 and E24. The E12 and E24 series include resistors with the following preferred values:

dual in line (DIL) IC packages are integrated circuits (IC) that are protected inside a plastic housing, with two rows of metal legs (which is why it’s called ‘dual’). The IC is usually placed inside a chip holder that is soldered to a circuit board - each leg is numbered to identify their function. As they are small and lightweight they are often used in computers, cameras, microwaves and TVs. 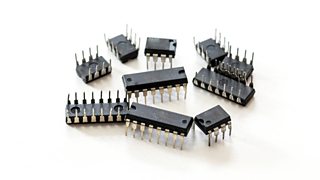 Microcontrollers are controllable ICs. The most common type of microcontroller is a programmable intelligent computer (PIC) that can be constantly reprogrammed to complete a variety of tasks, such as controlling timing or temperature in a microwave or running specific wash cycles in a washing machine. PICS are available in a variety of memory sizes and with varying numbers of pins - each pin can attach to an input or output, so as pins increase so does the number of devices that can be attached. The more memory or pins available, the greater the cost of the PIC. They are used in most modern electrical products, such as TVs and stereos 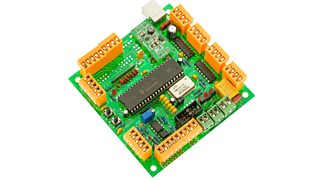 Mechanical components are available to buy in a variety of shapes and sizes. Chains, used to turn sprockets in items such as pulleys and bicycle wheels, are sold by width and pitch (distance between the pins). They are available in standard lengths that can be adjusted by adding and removing links. 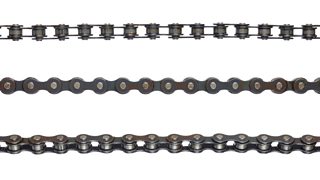 Gears are available in many different sizes and with a varying number of teeth. Gears have different tooth shapes that lock together in different ways and are used in cars, bicycles and clocks. The size of the gear controls the speed at which it turns. Stock gears are sold in diameter measurements or number of teeth.

There are two main types of springs:

They can be bought with a variety of rates of ‘springiness’ and can be ordered by the length of spring, number of coils or distance they can be stretched or compressed. They are usually made from hardened steel as it has the properties most needed to maintain a spring’s shape. Other materials such as plastic or copper can also be used. 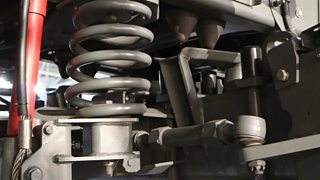 Circuit boards are used in most electronic systems as they ensure reliable connections between components. Components must be connected accurately for the circuit to work properly and different types of circuit boards are available for different tasks. Circuit boards can be designed by using a computer aided design (CAD) program to create a circuit that can be input into a CNC router and accurately etched into the surface.

Stripboard is a copper board and is often used for prototyping as it is the simplest type of board to create circuits on without the use of expensive machinery. Stripboard circuits are not printed as they have pre-laid tracks on which to lay the circuit. 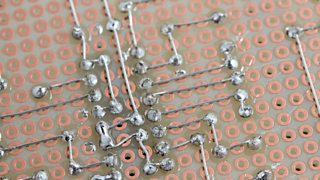 Copper-clad board is used particularly for small, simple electronic circuits. It is a type of printed circuit board where the connections are either cut in with a computer numerical controlled (CNC) router or etched onto the surface using a photoresist pen. This is then placed in an etching bath, leaving the pen drawn areas in place. This is a cheap way of creating a circuit without the use of expensive materials, although it isn’t very accurate and can be time-consuming.

Photoresist, printed circuit board (PCB) prints a photosensitive layer above the copper from a computer aided design (CAD), which is then exposed to ultraviolet light. Developer solution is then used to rinse away the exposed parts, leaving only the circuit ready for use. This is an accurate way to create complex and easy-to-use circuit boards with only the copper areas, where the components will be attached, left exposed. 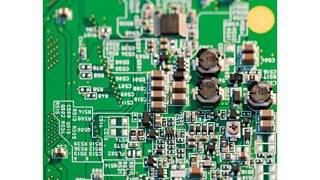 These circuit boards are made from glass-reinforced plastic (GRP), this material is light in weight and strong. GRP is an insulator to electricity and resists corrosion well. One side of the circuit board is often printed with labels, so that each component can be placed in the correct place. PCBs can be produced in large numbers, quickly and accurately, but the machinery to produce them is expensive, so it can be more cost-effective to buy them in from a specialist factory.