Choropleth maps are the fancy name given to maps which show information using colour.

A choropleth map needs a key to explain what the different shades mean. 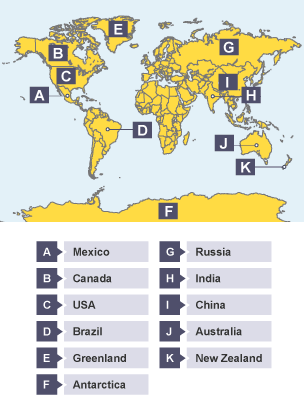 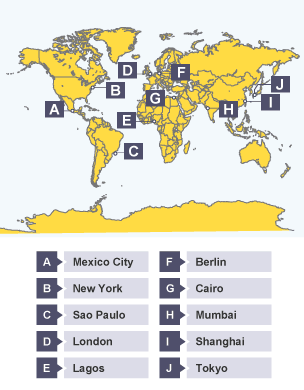 Describe, in detail, the world distribution of world population density.

(use both maps to name regions, continents and countries to describe where is sparsely, moderately and densely populated.)

The population density of the world is unevenly distributed.

The most densely populated areas are cities like London, New York and Tokyo.

Places that are densely populated include NE USA, coastal Brazil and east China.