Stanzas one to three

In the first stanza, Duffy presents Mrs Midas in a typical domestic scene, pouring a glass of wine as she cooks and begins to unwind in the personified kitchen, filled with the smell of itself, during the peak of the golden autumnal month of September. 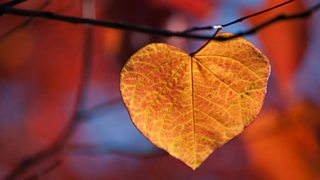 The kitchen’s with its steamy breath, gently blanching the windows is in contrast to the life - sapping events that are taking place in the garden, as Midas stands under a pear tree and snaps a twig which then miraculously turns to gold.

Putting this down to poor visibility, Mrs Midas has to look again and this time sees her husband plucking a pear from a branch and describes the way: …it sat in his palm, like a light-bulb. On.

This simile effectively conveys both the shape of the pear and the brightness emanating from it. The full stops add a comedic effect, highlighting Mrs Midas’ shock, disbelief and sudden dawning of awareness of what she has just witnessed.

This whimsical, light and humorous imagery is continued and contrasts with the seriousness of what has just happened, Mrs Midas' incredulity is evident when she questions whether he is just putting fairy lights in the tree?

Stanza three relays Midas’ return journey through the house as he turns the doorknobs and blinds into gleaming gold making his wife think back to a school history lesson about the Field of the Cloth of Gold, which was the site of the meeting, near Calais in France, between the kings of England and France in 1520.

Mrs Midas goes on to describe the strange, wild, vain face of her husband as he realises that he has been given a tremendous power, motivated by greed. As the exasperated wife, Mrs Midas utters a typical expression: What in the name of God is going on? Her perplexed reaction causes her husband to laugh.