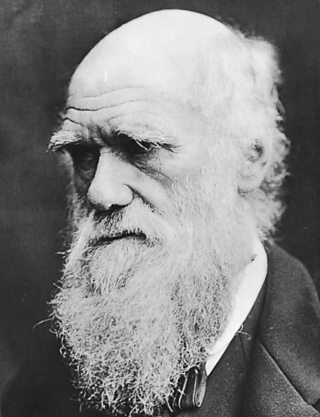 Natural selection is a process where organisms that are better adapted to an environment will survive and reproduce. This means that the advantageous alleles of this variant organism are passed on to offspring. Over many generations, the process of natural selection leads to evolution occurring.

Charles Darwin was an English naturalist who studied variation in plants, animals and fossils during a five-year voyage around the world in the 19th century. Darwin visited four continents on the ship HMS Beagle.

Darwin observed many organisms including finches, tortoises and mocking birds, during his five week visit to the Galapágos Islands, near Ecuador in the Pacific Ocean. He continued to work and develop his ideas once he returned from his voyages. He thought that natural selection could explain how fossils related to living organisms but why there were differences between them.

Within a species there can be a wide range of variation, and this variation is because of differences in their genes called alleles.

2. Competition in a community

All of the plants and animals in a habitat form a community. All of these living organisms need to compete with one another for survival. For example, animals will compete for food and plants compete for light.

Individuals with characteristics most suited to their environment are more likely to survive and reproduce - commonly known as 'survival of the fittest'. The alleles that code for a phenotype that allows these individuals to be successful within their environment are passed on to their offspring. This results in these specific alleles becoming more common.

A famous example of natural selection is that of the peppered moth.

Before the industrial revolution in Britain, most peppered moths were of the pale variety. This meant that they were camouflaged against the pale birch trees that they rest on. Moths with a mutant black colouring were easily spotted and eaten by birds. This gave the white variety an advantage, and they were more likely to survive to reproduce.

Airborne pollution in industrial areas blackened the birch tree bark with soot. This meant that the mutant black moths were now camouflaged, while the white variety became more vulnerable to predators. This gave the black variety an advantage, and they were more likely to survive and reproduce. The dark moths passed on the alleles for black wing colour leading to offspring with the black wing colour phenotype. Over time, the black peppered moths became far more numerous in urban areas than the pale variety because their phenotype was better suited to the environment.

Note that this change in phenotype was not due to pollution making the moths darker. The dark variety had always existed, but was the best suited variant when the environment changed. It took many generations before the population of moths was mainly black in colour.