China has been keen to slow population growth for several years. A larger population equals more mouths to feed, more houses and jobs required and a greater demand on schools and hospitals. 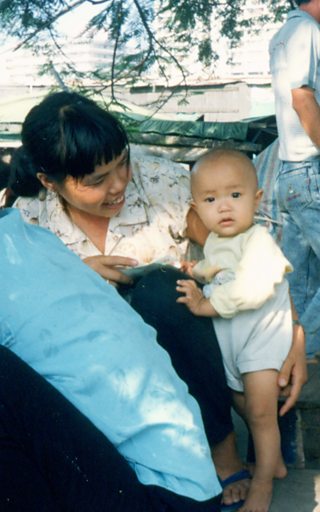 In the late 1970s China introduced a one-child per family policy. This aimed to reduce population growth. There were exceptions and enforcement of the policy wasn’t the same in all parts of the country.

Generally the policy was successful in ‘encouraging’ smaller families through a system of fines.

The Chinese government estimates the one-child policy has prevented around 400 million births but it was widely condemned by human rights groups for the way it operated, including the use of forced abortions and sterilisations.

The one-child policy has resulted in a population imbalance. There were 34 million more men than women in 2020.

This is partly explained by Chinese culture which historically values boys more than girls and as a result, there is some (although rare) evidence of sex-selective abortion and the killing or abandoning of baby girls.

Since the 1970s, United Nations' figures have shown a higher infant mortality rate for girls than boys. There has also been a failure to report to the authorities the birth of girls.

There are fears that in the future there will be a lack of young people/workers in China to look after their ageing population and pay taxes to provide social services. When the one-child policy was introduced in 1980 only a small percentage of the population was over 65 years old. In 2013 that figure was around 10% and rising. By 2050, those over 65 could reach 25% of the population.

In late 2015, the Chinese government announced it was to scrap the one-child policy. The decision was to allow families to have two children and was designed to redress the population imbalance and ensure there will be enough people of working age to look after China's ageing population. However, this didn’t work and in 2021, China announced it would allow couples to have up to three children.