Not everyone has benefited from economic change in China. Today there is a very small percentage of rich people and a growing number of people who consider themselves well off. However, around 150 million people live on or below the poverty line, with a further 350 million Chinese living on around $2 per day.

The level of income inequality within a country is measured by the Gini index. A score above 0.4 means inequality is very high.

In 2016, China had a score of 0.46. This suggests there are very big differences between the earnings of the rich and poor. By way of contrast, the UK had a Gini index score of 0.33 in 2014, suggesting less of a gap in income between the richest and poorest people. 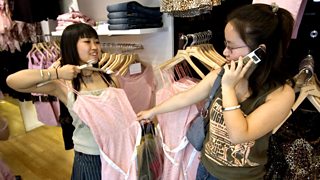 A very small number of Chinese people are super rich. They own some of the best properties in China (and abroad), drive top of the range cars, access world class leisure faciliites and have expensive tastes in clothing, wine, food and luxury goods.

In contrast, millions of poor people in China struggle to meet their needs.

In the cities many are homeless and without jobs. Some recycle rubbish to earn enough money to eat.

There are also millions of poor people living in very basic, simply-built houses, on small farms in rural areas. Many earning only enough to pay for the most basic of needs such as food, clothing and housing. 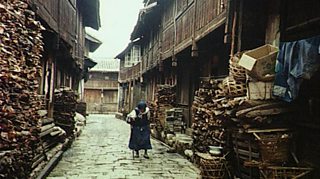 As well as a growing rich-poor divide in China, there is evidence of a growing urban (city) – rural (countryside) divide.

Of the 150 million poor people in China, it is estimated as many as 85% live in the countryside, particularly in the west of the country.

Wealthy people are more likely to be found in the east of the country or in cities such as the capital, Beijing, or China’s most populated city, Shanghai.

In 2015 Shanghai had an average wealth per person of just under 50,000 yuan while Guizhou province had just over 10,000 making Shanghai five times richer. 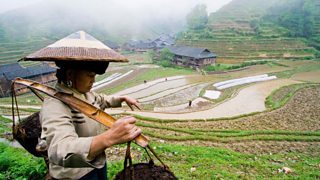 Woman working in the rice fields of Longsheng, China

The Household Responsibility System (HRS) was introduced in the 1980s. It allows farmers to work the land as owners and to make a profit.

The freedom to develop their farms and sell their produce in the marketplace has meant the income of farmers has risen, as has agricultural output.

Most farmers remain relatively poor but a few have become very wealthy.