The differences between smart, modern and composite materials

What is a modern material?

Traditional materials are those that have been in use for centuries, such as paper, wood, stone and metals. We have also developed modern materials, which can be used alongside them.

A modern material is a material that has been engineered to have improved properties.

Concrete, aluminium and steel are all commonly used modern materials, but more recent additions include materials that have changed the way we manufacture and use products.

Graphene is a single carbon layer material, which is hypothetically 100 times stronger than steel. It is hypothetical because we are yet to manufacture it in large enough quantities to prove this. In theory, it could provide body armour that is bulletproof, invisible and almost weightless.

If the whole of Wembley Stadium was covered in a layer of graphene, it would be almost invisible and be unbreakable, yet it could all be lifted it with one finger. 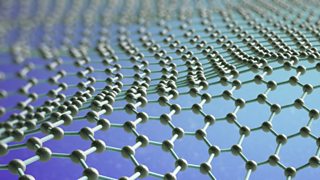 The structure of graphene

Titanium is a modern metal and is used in sporting and medical applications, such as replacement hip joints and high-performance bicycles. It is an excellent material for these purposes as it has a high strength-to-weight ratio and is resistant to corrosion. 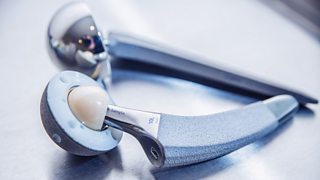 Metal foams are a strong but lightweight modern material produced by injecting a gas or foaming agent into molten metal. Typically, only 5-25 per cent of the foam is the metal, and this allows the material to retain much of its strength but without the density or weight of a solid metal. Metal foams are often used in vehicles such as planes and cars as they absorb shock effectively if the vehicle crashes. 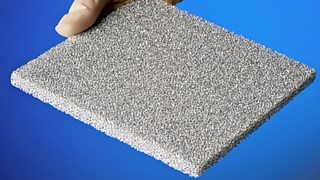 A sheet of metal foam

Liquid crystal displays (LCDs) use the light-modulating properties of liquid crystals to display an image. The liquid crystals are between a liquid and solid state. When charge is applied to each liquid crystal, the shape changes to either block light or let light through. This ensures text or images display on the LCD.

LCDs require a backlight to work and many modern devices now use organic light-emitting diodes (OLEDs) instead, which allows devices to be thinner and lighter. OLEDs are more expensive as each pixel is its own light, but they allow for thinner panels and better colour and contrast.

Nanomaterials are tiny particles of 1 to 100 nanometres (nm) that can be used in thin films or coatings such as the oleophobic coatings on smartphone screens that repel greasy fingerprints, or hydrophobic materials that repel water. 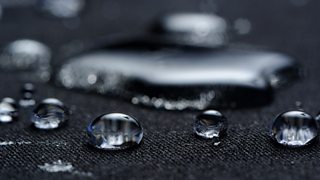