Characters reveal themselves by what they say, what they do and in the way they are discussed by other characters. They must seem real and you should aim to make the audience care about them. The plot of the story should reveal something about your characters. For example, the reader should see them developing, at a crisis or a turning point in their lives.

Your characters should also be consistent - doing and saying things that seem to fit their personality.

Limit the number of main characters to a maximum of three.

Also, try not to simply tell your reader about the character - reveal the character to them through actions, gestures and dialogue.

Something of significance must happen in a short story. It is advisable, however, to limit the number of events happening in the plot.

A significant event does not have to be unusually dramatic or violent. Your characters do not have to be abducted by aliens or involved in international terrorism. If you try to make your story too exciting it can become unrealistic.

A significant event is just one that changes the character. For example, something that makes them grow up, come to a realisation about something or develop. The event itself does not need to be dramatic.

Conflict can arise when a third character affects the lives of two others. Examples of this could be: 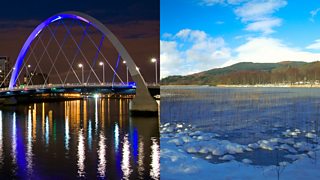 Two alternative settings for a story, one urban and one rural

If you are struggling with setting, it can be easier to set the story in a place you are familiar with. Your description can draw on your experience and is more likely to be realistic.