Peace to unpack – but I found none/ In this spare room which once contained you.

Any confidence that the young woman felt at the end of the previous stanza has disappeared by the start of the next. She is unable to sleep. The mother has sown seeds of doubt in her mind. “Spare” could suggest ‘going spare’ as in becoming distraught. It also suggests that the woman herself has become a spare, something unneeded and unused.

Lochhead uses description of the little room here – One small window which used to frame your horizons. There is the suggestion that her boyfriend was a quite different person before she knew him and that his thoughts and concerns for much of his life have been about things that she cannot share.

On every side you grin gilt edged from long-discarded selves

The idea of a “picture” links back to the “frame” of the window and her boyfriend’s “horizons”. The reader can imagine the woman surrounded by photographs of him. These suggest parts of his life and his self that she doesn’t know. The language becomes critical. Her boyfriend doesn’t have a smile but a “grin”. “Gilt edged” suggests something superficial, linking back to the mother’s superficial friendliness or the “glossy” suitcase.

(But where do I fit into the picture?)

Lochhead uses parenthesis to show asides – the fears that the young woman has for her relationship. She wonders if there would ever be a photograph of the two of them together. Amongst the clutter of the son's room, she wonders if there is a place for her to feature prominently in his life.

Your bookshelves/ Are crowded with previous prizes, a selection/ Of plots grown thin.

The crowd of “previous prizes” hints that he has had other women in his life and she realises that she is just the latest of a succession of girlfriends. Her place in his affections is not as secure as she had thought. The “plots grown thin” suggest repetition, stories that have little to them and that don’t last long.

Your egg collection/ Shatters me – that now you have no interest/In. 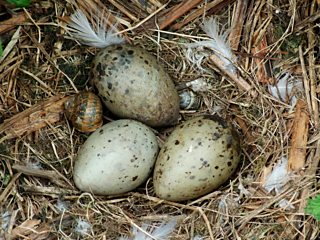 Her boyfriend stole eggs from birds' nests as a boy, which is symbolic of the way he has stolen her chance of having a baby with him.

Worse, there is the suggestion that he does not want to start a family with her. The egg collection shows that he would steal eggs from birds' nests as a boy. It also signifies that he has stolen her chance of having a baby with him. That this is a collection hints that he may also have done with his previous girlfriends. That this “shatters” the woman suggests a sudden realisation that the relationship will be broken.

This realisation of the permanence of the things from his previous life and her own precarious current position gives the speaker a feeling of being trapped. She says she is closeted which both indicates the size of the box room and the idea that she is shut away in a situation from which she can't break free.

I shiver despite/ The electric blanket and the deceptive mildness of the night. 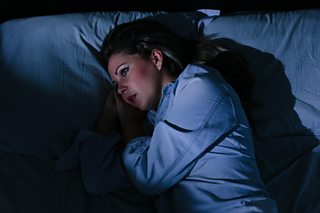 The poem ends with the young woman lying cold and alone. The electric blanket and “deceptive mildness” are like the mother’s welcome, the “synthetic” suitcase or the “gilt-edged” pictures of the boyfriend. They promise warmth and comfort but this is only on the surface. Deep down the welcome, the room and the relationship are cold. She is chilled to realise that the relationship will end.