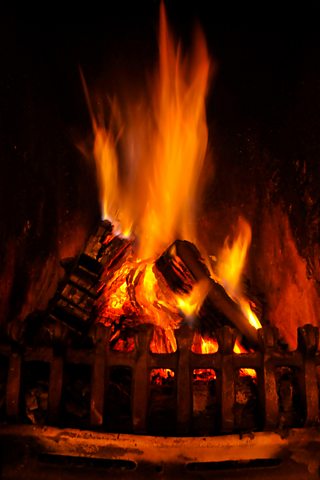 The story opens with Bill, a retired seaman, stating that a young woman, Andrina, visits him ‘just before it gets dark.’ She carries out basic, general chores for Bill. He states that she ‘lights my lamp’ and ‘sets the peat fire in a blaze’ – she is the bringer of both literal and metaphorical light to Bill’s life, supporting him sensitively and diligently.

Bill then describes himself catching ‘a very bad cold, the worst for years’ in February. Though he felt foul and couldn’t even find solace in reading, he looks forward to seeing Andrina. However, she doesn’t arrive that day.

The next day, with Bill’s condition deteriorating, he again looks forward to Andrina’s visit, with the intention of asking her to collect medicine for him. Again, though, she does not arrive. In an abrupt, single sentence paragraph that follows, the reader is informed that ‘she did not come again on the third afternoon.’

On the fourth day, an ill and lonely Bill hears the postman arrive. He intends to ask him for some kind of assistance, but the man leaves before he gets a chance.

Bill soon recovers from his bout of the cold. Though his physical condition has improved, he is hurt by what he sees as a betrayal by Andrina – he asks himself ‘why had my friend left me in my bad time?’

After ceasing his self-pity, Bill decides to find out why Andrina had not been to visit. He heads to the village. During the journey, Bill reflects on his time with Andrina. He realises that, although ‘she was never done […] asking me questions about myself’, he ‘knew nothing about Andrina at all’ because he had never asked. In answering Andrina’s questions, Bill admits that he ‘mingled fiction and fact’. He states that ‘one story I did not tell her completely. It is the episode in my life that hurts me whenever I think of it.’

Bill then tells the story. Fifty years beforehand, during his youth, he fell in love with a woman called Sigrid. They shared a passionate summer love affair in which they ‘lived, it seemed, on each other’s heartbeats’. However, when Sigrid tells Bill that she has fallen pregnant, he abandons her completely, cancels plans to go to university and signs up to be a seaman. Sigrid then fruitlessly travelled across the world in search of Bill, who lived for the decades without ‘secure footage anywhere.’ After fifty years of travelling across the world, Bill returned to the island of Seleskay. Sigrid had long since been forgotten (even her parents’ croft was a ruin), as had Bill.

The narrative then returns to Bill’s journey to the village. On arrival, he asks two local gossips – Tina Stewart and Isaac Irving – if they knew anything of Andrina. Bill is incredulous to discover that nobody knows anything about her whatsoever. Bewildered, he returns home. 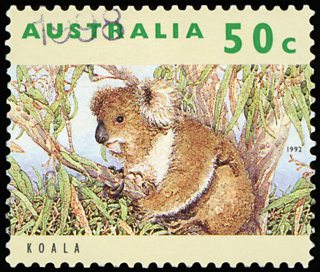 Bill receives a letter with an Australian postmark

On arrival to his house, Bill finds a letter with an Australian postmark. It is from Sigrid. She tells Bill that, following her search for him, she settled in Tasmania. She also tells Bill that their child grew into a woman who then had a child of her own. Their granddaughter was interested in her Scottish grandfather, wishing to know him and more about him. However, she suddenly passed away. She was called Andrina.

The story concludes with Bill reflecting on ‘the brightness and burgeoning and dew that visitant had brought across the threshold of my latest winter.’