The subjugation of Scotland

Edward was furious with the actions of the Scottish nobles. He blamed Balliol for not keeping them under control. He decided to take action and invaded Scotland.

On 12 March 1296 Edward I crossed the River Tweed and besieged Berwick.

The town was well prepared for conflict - defences were strengthened and the garrison was bolstered with troops added from Lothian and Fife.

The Scots were able to gather 10,000 men. Although many were conscripts, there were also nobles and trained retainers willing to fight. The army’s morale was high.

However, Edward's army was strong. He offered the people of Berwick three days to surrender. The town's leaders did not respond, which would have been seen as an insult to Edward.

Edward ordered his troops to attack, stating that no-one should be spared. Berwick was overrun and ransacked. Approximately 7500 and 15000 of the population were killed. The town was then repopulated with English people from Northumbria.

One of Edward I’s nobles, Earl Warenne of Surrey was dispatched to capture Dunbar Castle for the English. The Scottish Earl in control of the castle had already agreed to surrender. However, his wife was a Comyn and in her husband’s absence, gave possession of the castle to the Scottish forces.

Warenne decided to go to battle. The Scottish army mistook Warenne's vanguard moving into position as an English retreat. This was a crucial mistake. The Scottish forces charged the enemy but their attack was a failure. Warenne's men easily saw off the resistance.

Following the battle, many Guardians and nobles were captured. Scotland was left without an effective leadership. There was also a significant drop in morale - other commanders decided that the conflict was over before it had properly begun.

Scotland had a divided front - many nobles focused on protecting their own territory and their lives, along with that of their tenants, from the English.

The capture of King John and the subjugation of Scotland

After the siege of Berwick, Edward captured Roxburgh, Jedburgh, Edinburgh and Stirling. By the middle of the summer, Edward had travelled as far north as Elgin.

Balliol failed to offer effective leadership. He did not lead the Scots at Dunbar. When news of the defeat reached him, he fled to Comyn territory in the north.

In fact, during his reign, Balliol only had marginal success, such as:

Following another failed attempt to rally any remaining Scottish support at Kincardine Castle, the nobles requested terms from Edward. Balliol officially surrendered to Edward in July 1296.

Balliol was imprisoned in the Tower of London until 1299 before being allowed to go into exile in France.

The loss of Scottish independence 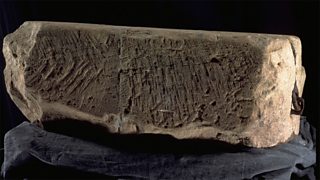 Scottish kings were crowned on the Stone of Scone

Edward wanted to destroy any remaining symbols of Scottish identity and remove all evidence that Scotland was once an independent country:

Edward I was now in complete control of Scotland.