Personalities and the passing of the Treaty

Self-interest helped form the view Scottish MPs had of the Treaty - Scottish nobles learned that even if they did not get a seat in the House of Lords, they would keep their peers’ privileges, such as pensions and immunity from arrest for debt.

Other Scottish MPs received a share of a £20,000 payment from the English Government during the debate process. 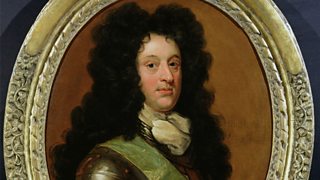 Politically, the strength of the Court Party, which favoured union, was important. Divisions amongst the opponents of union played into the Court Party’s hands - the Country Party, led by the oddly-behaved Duke of Hamilton, would not co-operate with the Jacobite Party.

Hamilton appeared to act in favour of union at times, despite being viewed by the Edinburgh mob as their ‘anti-union’ champion.

The balance of power held by the Squadrone Volante meant that every vote on each of the 25 articles of the Treaty was passed in favour of union.

Members of the Squadrone Volante, or New Party, not only believed they would get a share in the Equivalent (compensation to help towards the increased taxes which Scotland would have to pay) but also were persuaded by the arguments in favour of Union during the debates.

The Duke of Queensberry, acting for the English Government, obtained information from agents such as Daniel Defoe.

This allowed the English to make last minute agreements that would persuade opponents of union to vote for it. An example is the 1706 Act of Security for the Kirk, which guaranteed that the Presbyterian nature of the Church of Scotland would remain after union.

English officials also made sure that Scottish MPs were aware of the English Army’s movements northwards - at Queensberry’s request during the debate. This was a reminder that if union was not accepted politically then it would be forced on Scotland militarily.