Closely linked to the Victorians' increasing sense of the conflict between science and religion was the idea that humans have a dual nature.

On the one hand, they saw the calm, rational, everyday normality of family life and employment; on the other, fantasies, nightmares, anger and violence. It was the explainable versus the inexplicable; the natural versus the supernatural; good versus evil. This is the duality the novel explores. 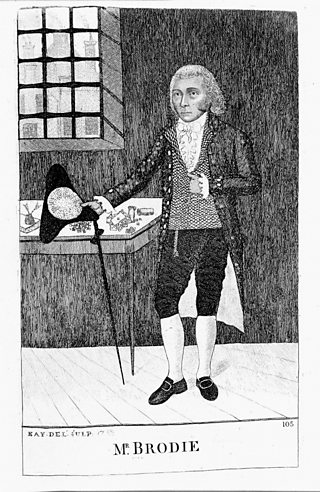 Brodie came from a privileged background and was a craftsman and member of Edinburgh’s council.

Although he was wealthy and seemed respectable, he drank and gambled, and had two mistresses and five children. He used his skills as a locksmith to rob houses and businesses and to attempt to steal tax collected from across Scotland.

He was finally found out, captured and hanged in Edinburgh in 1787.

In his short story The Body Snatcher (1884), Stevenson tells the story of medical students who take delivery of bodies to be used for anatomy lessons. It becomes apparent that some of the bodies are of people murdered to supply this trade.

This is based on the case of Burke and Hare, two criminals who, in 1827 and 1828, robbed graves and then murdered ten people to provide bodies for medical studies at Edinburgh University.

Like Jekyll and Hyde there is a theme of respectable science hiding criminal behaviour.

In Stevenson’s short story Markheim (1885), the title character murders an antique dealer and attempts to steal from him. A supernatural stranger appears and the two discuss the nature of good and evil.

Markheim admits he has lived an evil life, but when a servant returns home, he refuses to kill her and instead embraces his good side by telling her to call the police.