Censorship was widespread in Russia. Freedom of speech was severely restricted. All books and newspapers were suppressed so that people would not be influenced by liberal or socialist ideas. Any material that was thought to be dangerous was banned.

Any person trying to circulate banned books or newspapers ran the risk of being detected by the Okhrana.

Russification was the policy of enforcing Russian culture on the vast numbers of ethnic minorities that lived in the Russian Empire. It greatly affected the Poles, Lithuanians and the Ukranians

Russian was the official language and all others were suppressed. Poles were banned from speaking or learning their language in many places.

Russian Orthodoxy was promoted and Catholic monasteries were closed. Often, the Orthodox Church would take over former Catholic Churches.

During Nicholas II’s reign, the Black Hundreds was formed. This was an extreme nationalist movement that supported the Tsar. They assassinated pro-democratic politicians and intimidated the workers in the towns.

Fear of the Okhrana was widespread as a result of their considerable power and terrifying tactics. This helped to suppress any opposition to the Tsar.

the Okhrana was able to censor any material it deemed unsuitable

Its network of spies infiltrated political organisations. This made it difficult to tell if a new recruit was a genuine revolutionary or an Okhrana agent.

Those suspected of opposing or criticising the state did not have the right to a trial. They were declared guilty and sentenced immediately. Political prisoners were often exiled to Siberia. 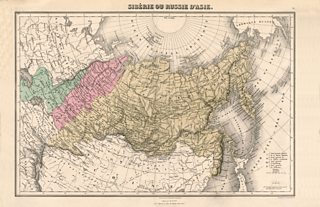 Siberia
Move on to Test