The Tsarist state system had developed over a long period. The Tsar's authority was supported by several features. These are known as the 'Pillars of Autocracy'.

This vast, diverse Empire was ruled by a series of Tsars. They ran the country as autocrats. This meant that the Tsar, and only the Tsar, governed Russia:

Tsars believed that they had a divine right to rule Russia, their position and power had been given to them by God.

The nobility accounted for approximately 10 per cent of the population. This upper class owned all the land and was dependent on the Tsar. They also dominated the army command and civil service:

The Tsarist legal system was designed to support autocracy and Tsarist authority. It was also intended to suppress opposition and increase fear among the population:

A standard punishment for opponents of the Tsar was exile to the remote region of Siberia. Many thousands of people viewed as enemies of the state were sent to Siberia. They were so far away that they had little chance of threatening Tsarist power.

The Empire did not have an elected parliament and there were no elections for positions in the government.

There were no legal or constitutional methods by which Tsarist power could be challenged.

The Tsar's will was enforced by a large police system that would report suspicious behaviour and destroy subversive groups: 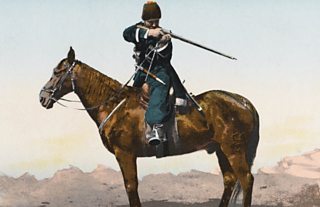 The Tsar had a large army that became a very effective means of enforcing his power.

The Tsar was the supreme commander of the army and could deploy units at will. At times of civil unrest, he would often dispatch elite Cossack cavalry regiments to deal with unruly citizens. Tsar Nicholas II suppressed strikes in Rostov (1902) and in Odessa (1903) using the Cossacks. 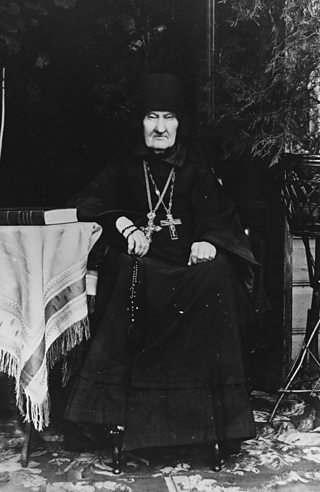 The Tsar was the head of the Orthodox Church. The Church reinforced his authority:

Official Church doctrine stated that the Tsar was appointed by God. Any challenge to the Tsar - the 'Little Father' - was said to be an insult to God.

The Church was very influential among the largely peasant population. It made sure this message was conveyed regularly to them. Priests explained to their followers that Russia was God’s land and that he intended for life to be as the peasants found it.

The Church was give financial rewards from the Tsar for this propaganda.

Most of the Russian population was illiterate and had to rely on what they were told by the Church. It was their only source of education and they tended to believe the teachings of the priests.

However, priests were often not respected by peasants, who believed they were increasingly corrupt and hypocritical. The word of the Church became less respected during the rule of Nicholas II.