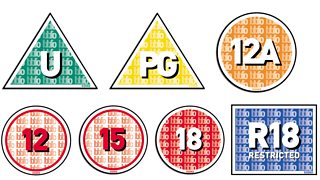 The film industry in the UK is regulated by the British Board of Film Classification (BBFC). The BBFC is responsible for classifying films that have a cinema and DVD release.

The BBFC uses published Classification Guidelines for certain age ranges, ensuring that the content of the film is age appropriate and that children or young people do not see films that are unsuitable for them.

When The Dark Knight was released, some film critics thought it was too violent for children.

This was a problem for the film's production company, Warner Bros., as the film was based on the DC Comic franchise, Batman, which is popular with younger audiences.

The BBFC gave the film a 12A certification meaning children under the age of 12 could see the film if accompanied by an adult.

Many commentators felt this rating was inappropriate given the film's tone and content, however it remained a 12A throughout its theatrical run.

A film is only reclassified if the company who owns it submits it to the BBFC for a new classification.