Fairness and equality of elections 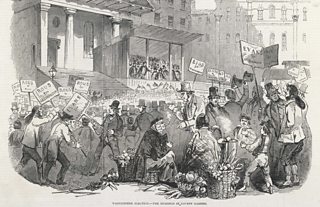 Before 1872, the use of hustings (public meetings where candidates for election met members of the constituents) and open voting was commonplace.

This meant that voters could be offered bribes or be subject to intimidation in order to vote a certain way.

The system still did not give equal representation to the various parts of the United Kingdom. Areas such as Scotland still found themselves with fewer MPs and less of a say in Parliament than many other smaller areas of the UK.

In 1872 the government introduced the Ballot Act. This attempted to deal with the problem of electoral malpractice by allowing secret ballots:

The impact of the Act would have been most prominent in areas where there were a lot of voters. This Act ensured that voting came to be seen primarily as a political act rather than a social occasion 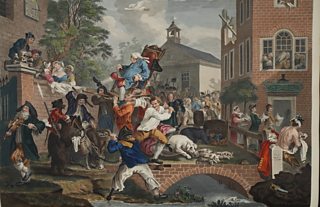 The Ballot Act failed to remove bribery from the voting process.

After the 1880 election, the government established a Royal Commission to investigate electoral practices. Its findings led the government to pass the Corrupt and Illegal Practices Act of 1883:

Allegations of illegality during elections did decline significantly after this Act was passed, as did the election expenditure of candidates.

During the 1800s and early 1900s, the demographics of Britain changed greatly due to the Agricultural and Industrial Revolutions.

While there were fewer people living in rural districts, they still remained as politically influential as towns like Manchester and Liverpool, where the population had increased greatly.

The redistribution of political seats attempted to spread MPs more fairly amongst the population. This was often done by reducing the number of seats in rural areas and creating additional seats in places where the population had increased.

Although some redistribution did occur in 1867, it was piecemeal.

This cut the old dominance of southern England and increased Scottish representation to 72.