The concept and development of police forces in the 19th century

18th century developments in the concept of organised policing

By the 18th century it was becoming increasingly clear that the existing system of policing was not effective. The crime rate was rising, and new crimes were developing. JPs were often corrupt. Watchmen were usually ineffective and Constables often resented the requirements of their job.

Increase in population and the growth of towns meant it was difficult for unpaid amateurs to maintain law and order. Unofficial policemen, or so-called Thief Takers, such as Charles Huitchen, began to make profits by capturing criminals or negotiating the return of stolen goods to owners and claiming rewards. Huitchen’s accomplice, Jonathan Wild, was later nicknamed the ‘Thief Taker General of Great Britain and Ireland’. He appeared to voluntarily police the streets of London, handing over criminals to the authorities and negotiating the return of the goods for profit. However, he and his men were actually behind most of the theft in the area.

Some pioneers began developing the concept of an organised, paid police force in London. 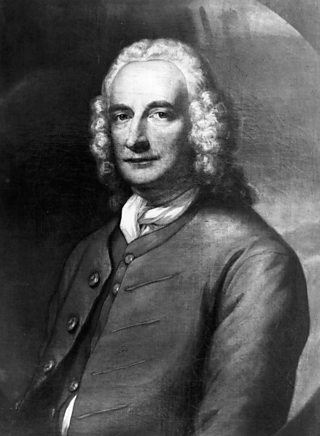 Half-brothers Henry and John Fielding were Magistrates at Bow Street in London. Henry Fielding became chief magistrate at Bow Street Court in 1748. He wrote a report called An Enquiry into the Causes of the Late Increase of Robbers and Related Writings about the rise in crime, which was published in 1751. His report stated that London's crime rate was due to people expecting an easy life and resorting to crime rather than work, corruption in the Government and the ineffective policing systems.

Henry's motto was Quick notice and sudden pursuit. He believed in using the public and placed adverts in newspapers asking people to help him. This was a similar approach, albeit using a different method, to earlier approaches which involved the community.

Henry Fielding set up a force of paid constables who patrolled London, called the Bow Street Runners. This began with six men, who were trained, paid and were full-time officers. At first these men were paid from a government grant, but they also got rewards from catching suspects in the same was as Thief Takers. By 1800, there were 68 Bow Street Runners in London.

The Fieldings pioneered the idea of organised policing. Their work was based on the idea that police should be responsible for preventing crimes rather than reacting to crimes.

The fact that they received grants from the Government also shows the early beginnings of central Government involvement in policing. They also focused attention on dealing with specific crimes in an organised way.

Henry died in 1754 and his blind half-brother John continued his work. John got a government grant to set up a horse patrol to deal with the rise in highway robbery. Although the grant was temporary, it was a sign of the Government's increasing role in enforcing law and order and commitment to preventative policing.

John also continued Henry's idea of appealing to the public for help in solving crimes. He published a newspaper called The Quarterly Pursuit, which was renamed The Public Hue and Cry in 1786, and was published weekly. These newspapers publicised information on stolen property and crimes with descriptions of wanted suspects. It became a method of sharing crime information nationally.

However, despite their apparent success, these developments were confined to a small part of London and were not adopted more widely. At the time, there was a great deal of opposition to the concept of an established police force because: 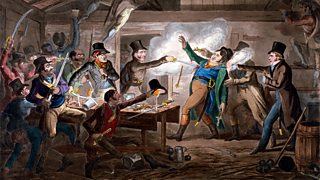 Outside of Bow Street, the responsibility for policing lay with the previous system of policing, which consisted of Constables, Watchmen and JPs.

The success of the Bow Street Runners led to other initiatives following the deaths of the Fielding brothers.

However, the Fieldings’ work and influence was limited to parts of London – the same old system of JPs and Constables remained in place everywhere else.

The concept of an organised police force in the 19th century 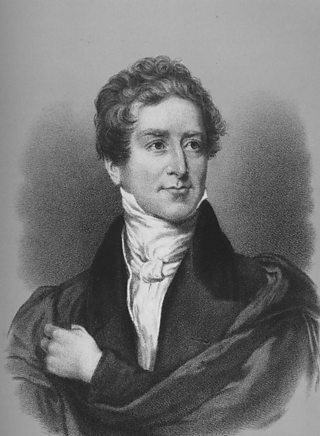 By the start of the 19th century, there was increasing support for the concept of a professional, state-funded, full time police force. Glasgow, in 1800, adopted a scheme organising Constables and Watchmen into a force to protect the city. However, the significant turning point came when Sir Robert Peel, Home Secretary, supported the idea of the Government taking responsibility for organising policing. But the idea was still very controversial.

Peel argued that because the crime rate was rising, especially in the industrial towns and in London, a change in policing was needed. People were increasingly aware that most of the existing methods of catching criminals (JPs, Constables and Charlies) were not effective, particularly in the light of the massive industrial, agricultural and population changes at the time. The growth of popular protest convinced many that a professional police force was required. Events such as the Peterloo Massacre in 1819 showed the weaknesses of relying on the army to deal with public protests.

In hindsight, it now seems many people were opposed to the idea of a state-run police force as they believed it would threaten freedom. People thought the Government would use the police force to force people to do what they wanted. This had been seen in other European countries. People thought the police would be busy-bodies and would pry into people’s business. Many held onto the idea, which had continued since medieval times, of people enforcing the law themselves. However, the main opposition was the increased tax that would be required to pay for the police force.