A country in change 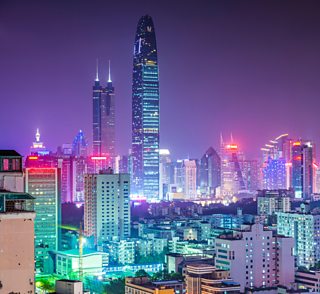 Until the early 1980s, the majority of Chinese people lived in the countryside and followed a traditional rural way of life. Life was hard, conditions were basic. There were very few wealthy people.

Since then, it could be argued, life has changed more in China than in any other country in the world.

Hundreds of millions of people have been lifted out of poverty (although the average Chinese person is less wealthy than the average Scottish person). The numbers of rich or very rich Chinese people has also soared. It is believed China now has over one million millionaires.

Why have many Chinese people become richer?

China used to be a country where foreign or private (individual) businesses were not welcome. At that time the Chinese government did not believe that the private ownership of businesses (capitalism) was good for China.

When President Deng Xiaoping became leader in 1980, he encouraged a move away from Communism and opened up China to foreign trade. 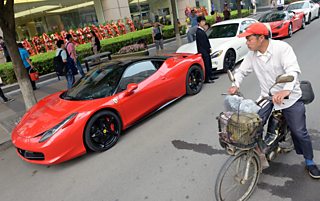 International companies such as Ford Motors and Coca Cola quickly moved into China. They began employing workers in new factories. Wages were three or four times higher than what could be earned in the countryside.

People were also encouraged to set up their businesses on their own or with others in the towns and villages where they lived.

Today, many Chinese people have their own businesses or work for successful multinational companies. Zhang Yin, one of the richest women in the world became a billionaire by starting up a paper recycling business.

The Chinese economy is now on a par with the United States of America in terms of creating wealth.