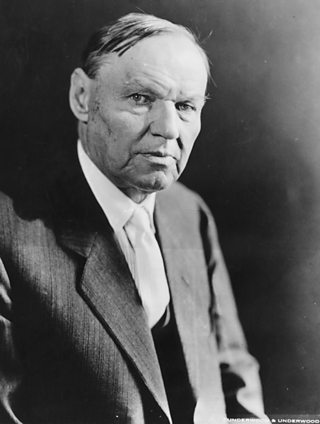 In 1925 the ideas of the Fundamentalists gained much publicity in America. A new law was passed in six states, including Tennessee, prohibiting the teaching of Charles Darwin's evolution ideas in schools because those ideas contradicted the story of the Creation in the Bible.

Darwin said that humans had evolved from apes over millions of years, and when one Biology teacher ignored the new law and taught his pupils Darwin's ideas, he was taken to court.

The Fundamentalists launched a fierce attack on Darwin's ideas of evolution in his book On the Origin of Species. They strongly believed that God had created the world in six days.

As a result, a major Biblical Conference organised a campaign against the teaching of Darwin's theory of evolution in American schools and especially the idea that men and monkeys had evolved from the same creature. The campaign succeeded in prohibiting the use of Darwin's books in schools in several states across the country.

John Scopes and The American Civil Liberties Union (ACLU) from Dayton, Tennessee, were outraged by the new act. Scopes took the decision to teach his pupils about Darwin and evolution in his biology lessons in order to make a political point. He was arrested for breaking the law.

The court case received a great deal of publicity in the media, on the radio and in newspapers. Clarence Darrow was Scopes' lawyer, while the lawyer for the Fundamentalists was William Jennings Bryan. The case was known informally as the Monkey Trial. 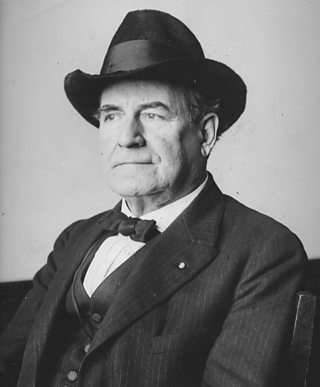 To many people living outside the Bible Belt, the ideas of the Fundamentalists seemed irrational.

Scopes was found guilty of teaching the theory of evolution to his pupils and was fined $100 (approximately $1,400 in today's money).

Bryan died suddenly just a few days after winning the case for the Fundamentalists.

By 1929, six states in the Bible Belt, in the most southern parts of the country, had passed laws against teaching the theory of evolution. It was now possible that some children in America would grow up not knowing anything about this theory.

More importantly the case showed a different side to America from the one portrayed in the so called Jazz Age.