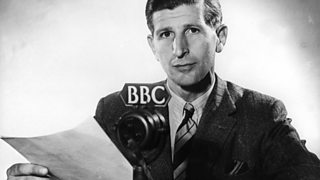 Standard English refers to a style of language used to suit a setting where the audience is large, not personally known, or in authority. It is an appropriate choice of style in media writing and by teachers, TV and radio news announcers.

Standard English is also used at traditional occasions such as funerals and weddings. It is a clear style of English that can be understood by a wide audience.

It may sometimes be called ‘posh’, ‘formal’ or even ‘the Queen’s English’, but these aren’t very helpful descriptions. Standard English can be spoken in any regional accent, so you don’t need to sound like the Queen! The word ‘Standard’ refers to the use of its use of standardised vocabulary and grammar which excludes the use of slang and incorrect grammar.

When you are writing an essay or for an unknown audience, you should try to avoid contractions and any use of slang words. You need to ensure that you do not write in quite the same way as you might talk to a friend.

Using formal language doesn't mean that you have to sound stilted and boring. You can still sound lively and engaging by using words imaginatively but choosing carefully to avoid slang and incorrect grammar. News reports use formal language, but the words are rich and stimulating to keep the audience interested.

The two sentences below both use Standard English to give the same information. Which sentence do you think suits the context of a news report aimed at a young audience best and why?

The second sentence is probably the most effective for a younger audience. 'Blast' and 'shattered' are highly descriptive words and create vivid imagery.

When you write, you will always have a ‘CAP’: a context, audience and purpose. To achieve your purpose you need to write in a style that will suit your context and audience. To do that, you will need to choose the right tone of voice.