The nature of the Church in Scotland

The Scottish Church faced many problems in the 1540s. Senior positions were often taken by nobles or relatives of the monarchy. They were more interested in their income than religion. In contrast, parish priests were very poorly paid.

The Church was also criticised over the behaviour of some churchmen who neglected their duties and misused money.

The Catholic Church discussed reforms, including standards of education and the conduct of parish priests. But attempts at reforms were not successful due to a lack of enthusiasm and support from Church leaders and the monarchy.

Development of the Protestant faith 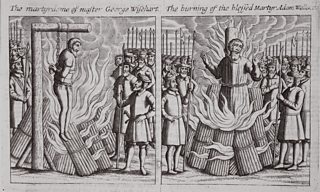 An etching of George Wishart being burnt at the stake

In 1545, during the reign of Henry VIII, the English had encouraged George Wishart to tour Scotland and preach Protestant ideas. This was to prove inspiring to future Protestant leaders like John Knox.

Cardinal Beaton had George Wishart executed and burnt at the stake in 1546. By now Beaton was already extremely unpopular with the Protestants.

In 1546 Beaton himself was murdered by Protestants in St Andrews Castle. After the Battle of Pinkie in 1547, English garrisons, in position along the border, distributed English translations of the Bible to local people.

Rebellion against Mary of Guise 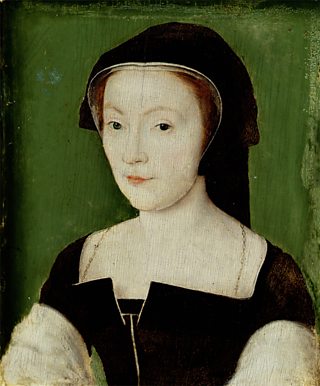 In 1557, a group of Scottish Lords united to promote the Protestant faith. They became known as the Lords of the Congregation. They were frustrated by Mary of Guise's actions and wanted to see some change. Instances of iconoclasm developed throughout Scotland, where Catholic icons and effigies were burned and destroyed.

By 1558, in some of the east coast burghs, Protestant congregations began to meet for worship using the English Prayer Book for their services. They were encouraged by the fact that following the years of ‘Bloody Mary’ (the former Catholic Queen of England), Elizabeth I was now the Protestant Queen of England.

During the winter of 1558-59, anonymous notices, known as the Beggars’ Summons were nailed to the doors of many friaries. They demanded that the friars leave as they were 'rich and ungodly'. If they did not they would be removed. It was felt that the needs of the poor were greater than those of the Church but were being ignored. In 1559, Perth and Dundee announced that they were now Protestant towns.

The arrival of John Knox 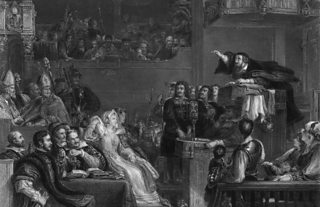 John Knox preaching to the Lords of Congregation

John Knox gave the Protestant cause greater direction in Scotland.

Knox sailed into Leith from France on the 2 May 1559. He immediately travelled north, preaching in Dundee and at St John’s Kirk in Perth. Here his sermon caused a riot. Religious houses were attacked and their statues and decorations smashed. Mary of Guise was powerless to stop the movement.

The Protestants took over in Stirling and in July they seized control of Edinburgh, where John Knox became minister of St Giles.

The Treaty of Edinburgh 1560

With the death of Mary of Guise in June 1560, there was a political vacuum. There was no obvious Catholic leader. Mary, Queen of Scots was in France, so the Protestants were able to take control.

In July 1560 the Treaty of Edinburgh led to the withdrawal of English and French soldiers and left Scotland to settle its own affairs. In August 1560, the Reformation Parliament accepted the Reformation and brought the Pope’s influence over Scotland to an end. As a result, the celebration of Mass was forbidden in Scotland.

In the First Book of Discipline of 1560, John Knox with the help of a committee of churchmen, outlined the constitution and financing of the Reformed Church:

However, nobles in Parliament were concerned about a variety of issues - such as property and the appointment of superintendents. They rejected this First Book.