The radio broadcaster Lord Haw-Haw (William Joyce) is a faceless character whose voice is often present. He is portrayed as an ominous orator of great skill. 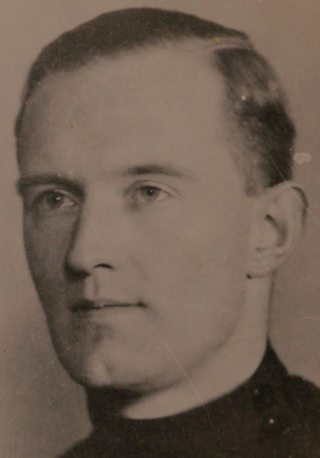 Lord Haw-Haw is described as a great liar. This juxtaposition highlights both the sinister element of his work and the effectiveness of how he delivers his message.

However, Lord Haw-Haw is a captivating presence and the islanders are spellbound by his propaganda – Brown describes how Lord Haw-Haw’s voice cast a spell on the inhabitants.

Still, Lord Haw-Haw is described as a deeply dangerous, determined character, underlined by the following descriptions:

Throughout the story, Betsy is described as carrying out traditional household tasks while Hugh works the land. Betsy is a religious woman of meager means and ambitions. When Howie arrives home she anxiously asks him:

Have you been a good boy all the time you’ve been away?

Betsy’s line of questioning is overprotective and suggests a level of naivety. Though she attempts to mother Howie, when he ignores the question, she does not press the issue.

Both Betsy and Hugh are suspicious of modern advancements and the impact this may have on their way of life: Betsy considers not keeping the wireless in case it is against the scriptures. Hugh is also suspicious. Early in the story he tells Howie that the wireless doesn’t speak the truth because he doesn’t believe its weather forecast:

I assure you, it will be a fine day.

Hugh is proved right the next day, showing that modern advancements are not necessarily improvements.

As the story progresses, Betsy and Hugh’s skepticism grows. This suggests that they hold a stronger connection to an older, more basic way of life. The wireless makes wayward predictions about the war, leading Hugh to announce:

You can’t believe a word it says.

When they receive news of Howie’s death, Betsy and Hugh react in an understated manner. They turn conversations to work tasks rather than discuss their pain. This is not because the characters are unaffected but because they are from a more reserved generation.

Hugh’s pain is represented both through his long silence and the smashing of the wireless set. When Brown writes that from inside came the noise of shattering wood and metal, there is a dual meaning: ‘inside’ Hugh and ‘inside’ the house.

In general, the inhabitants of Tronvik are portrayed as naïve. When Howie unveils the wireless, they are mesmerized:

They all stood staring at it, making small round noises of wonderment, like pigeons.

Comparing the islanders to pigeons suggests a level of innocence that borders on stupidity. Howie has to explain what the wireless is to the unknowing islanders.

The fact that Howie buys gifts for all of the islanders suggests a strong sense of community spirit in Tronvik. Howie goes on to announce that:

Everybody in the big cities has a wireless.

His travels have broadened his mind and have left him with a sense that he and his community are inferior. By providing Tronvik with a wireless, Howie attempts to make its people more forward-thinking. He suggests that by keeping up with modern advancements, the people of Tronvik will not be viewed as ‘Clodhoppers’ by others.

The minister does not understand Hugh’s reaction to Howie’s death – he is awed by such callousness. The minister is used to discussing grief but Hugh is a more private man than he is. This suggests a level of separation between the minister and the rest of the community.