The main ethnic minorities in the UK have family backgrounds in Commonwealth countries such the Indian sub-continent, the West Indies and parts of Africa. Most non-white Britons were born in this country. 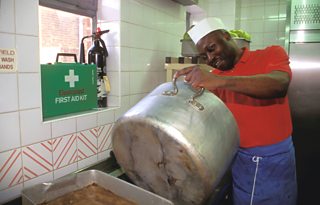 However, despite Race Relations Acts, non-white citizens still encounter discrimination and even hostility. On average they have lower incomes, higher unemployment and are more likely to live in overcrowded accommodation than the white majority.

Although the law forbids racial discrimination ethnic minorities are more likely to live in poverty. Despite this in Scotland they do well in education with people of African, Caribbean, Indian, Pakistani and Chinese background outperforming white pupils at National 4, 5 and Higher level. In the UK as a whole more minorities got to university than whites.

Cultural factors such as religion and language can make it harder for some groups to gain employment or participate in some aspects of UK society. There are also differences between ethnic minorities. Some Asian groups, such as Indians and Chinese, tend to be better off than Afro-Caribbeans as they are more likely to own businesses and have professional qualifications.

Relations between the police and some minority communities have been difficult. The police have problems recruiting from these communities despite programmes designed to improve the very low percentage of Asian and black officers.

The Equality Act was passed in October 2010. It was introduced to strengthen discrimination legislation in all its forms and thus make Britain a fairer place. It replaced nine major pieces of legislation dating back to the Equal Pay Act (1970) and Discrimination Act (2005).