In July 1945 at the Potsdam Conference, the USA, the USSR and Britain agreed to divide Germany into four zones, until the country was secure enough to be re-unified.

Each zone was to be administered by one of the victorious Allies: the USA, the USSR, Britain and France.

The USSR was to receive most of the reparation payments from Germany to compensate for the country's losses.

However, Stalin wanted to destroy the German economy to ensure that Germany could never rise again. Conversely, the Western Allies wanted Germany to be strong enough that it could contribute to world trade.

Competition between East and West 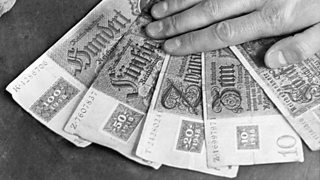 While the French, US and British sectors remained free to trade and reconstruction started, Stalin treated the Russian zone harshly. He refused to allow trade with other zones.

He also confiscated much that was produced. He took this, along with a great deal of infrastructure and raw materials, back to the Soviet Union.

In 1947, Bizonia was created as a combination and economic unification of the British and American zones and a new currency, the Deutschmark, was introduced for the Western zones to boost the economy there.

This angered Stalin. He feared these new ideas and currency would spread to the Soviet zone and undermine his efforts to weaken Germany. In response he introduced a new East German currency, the Ostmark. 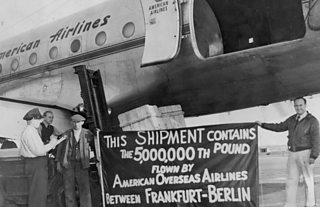 West Berlin had become an embarrassment for the communists. Those living in the Soviet sector could see how much better life was in the Allied Sector of the city.

In June 1948, Stalin closed all land routes into Berlin, blocking the Western Allies. He refused to allow Marshall Aid to reach the Soviet zone and hence, West Berlin was cut off. He hoped that this would make the Allies give up their control of Berlin altogether.

The Allies responded by providing much needed supplies through the Berlin airlift operation. For 11 months British and American cargo planes flew from Allied zones into the city at a rate of one every two minutes. Millions of tons of food, fuel and other supplies were delivered.

Disagreements over how to deal with the German question resulted in tension and arguments that led to the Cold War.

Stalin’s fear of a strong unified Germany put him at odds with American policy to establish an economically strong state which was able to trade effectively and freely with the West.

The resulting Berlin blockade increased tension further, with the possibility of Marshall Aid planes being shot down by the Red Army.