The ideological schism that had developed since World War One was clear at the peace conferences of Yalta and Potsdam in 1945. The aim of the conferences was to help the allies decide what would happen to Europe, and in particular Germany, at the end of World War Two. 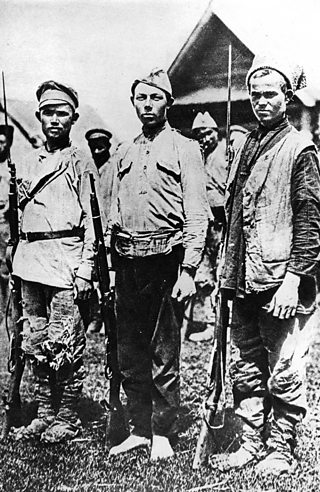 Prior to World War Two some events led to the alienation of the emerging superpowers from each other:

The Bolshevik Revolution of October 1917, which replaced Russia's Provisional Government with a "dictatorship of the proletariat", had established a communist state. The Bolsheviks had withdrawn Russia from World War One, leaving Britain and France to fight alone.

After World War One, the White Army, Tsarist supporters who fought the Bolsheviks during the Russian Civil War, were supported militarily by the Western powers of Britain and the USA.

The political and economic systems of the capitalist USA and communist USSR were incompatible.

In a capitalist state, the economy is largely free from state control, while the government is democratically elected and freedom of speech is cherished.

In contrast, a communist state is administered from the centre, with control of the economy and society strictly in the hands of the Communist Party-led government.

Both sides wanted countries to conform to their adopted ideologies for their own gains.

The impact of World War Two 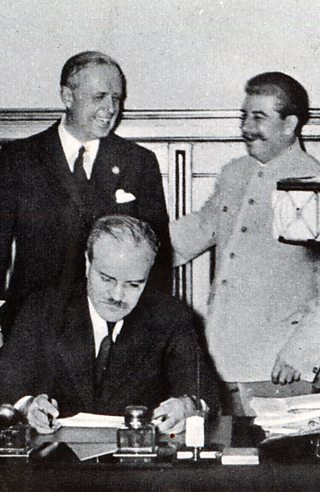 The signing of the Nazi-Soviet Pact 1939

The Allies were unsure of Stalin’s loyalty as he had allied himself with Hitler in 1939, through the Nazi-Soviet Pact.

Stalin was angry because the USA and Britain had taken so long to open up a 'Second Front' to fight against German forces in Western Europe. This delay allowed Hitler to concentrate his forces against the Soviets.

Stalin suspected that the USA and Britain were leaving Germany and the Soviet Union to fight, so that both countries would be weakened.

This led Stalin to search for increased security for his country in the future. He wanted to create a geographical buffer of friendly Eastern European countries to safeguard against future aggression from the west. This ‘barrier’ was to be created from the lands invaded by the Red Army on its march toward Berlin. The USA was opposed to this as they envisaged the creation of democratic states and free trade.

Disagreements at Yalta and Potsdam between Stalin and the other Allies, mainly over how Eastern Europe was to be administered and restructured, caused further distrust and suspicion. 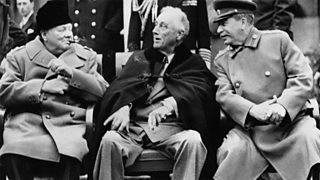 Impact of ideological differences on decision-making 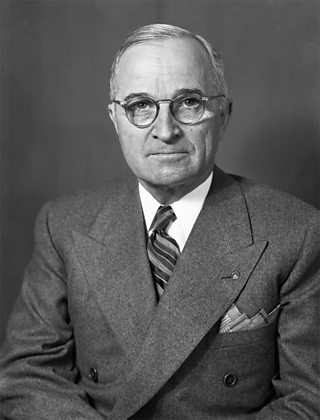 The decline of Great Britain as a world power after World War Two left a power vacuum. This meant that the USA had to abandon its isolationist tendencies and become more involved in European affairs.

By 1947, Britain had announced that it no longer had the military or economic means to provide aid to the Greek and Turkish governments in their struggle against communist rebels, who were trying to take control of their respective countries.

During a speech in March 1947, US President Truman announced a policy of containment (the realisation that if communism could not be eradicated, it must be prevented from spreading further).

This became known as the Truman Doctrine. He believed that the world was becoming increasingly divided and accused the Soviets of running and encouraging dictatorial regimes and of stifling the world economy.

This attitude was an echo of a speech made by Winston Churchill’s in Fulton, Missouri, USA in 1946. Churchill had announced that an iron curtain has descended across the continent of Europe. He accused the Soviet Union of trying to control Eastern Europe.

In order to ensure containment, the US introduced Marshall Aid. This was the process of delivering economic aid, including food, machinery, building materials, expertise and in some cases money, to countries in Europe that were seen to be in danger of being taken over by communists.

The theory was that if a country was prosperous and its people were happy, then support for communism would not exist.

The divisions caused by ideological differences became clear with the formation of two alliances; NATO and the Warsaw Pact.

The establishment of The North Atlantic Treaty Organisation (NATO) in 1949 aimed to counter the threat of communist expansion in Western Europe.

In reaction to West Germany joining NATO, the Warsaw Pact was established in 1955. Stalin wanted to counter what he regarded as an “aggressive alliance”.