Today, we know that there were many causes of the Black Death: 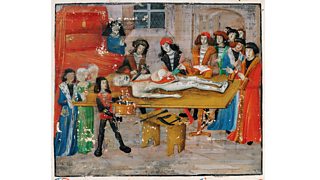 Poor medical knowledge. Medieval doctors did not understand disease, and had limited ability to prevent or cure it. So, when the plague came, doctors were powerless to stop it. 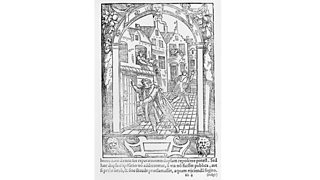 Poor public health. Medieval towns had no system of drains, sewers or rubbish collections. In such dirty conditions, rats lived and germs could grow. 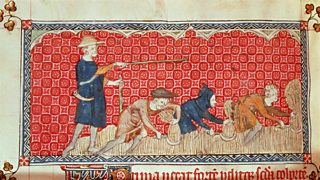 Bad harvests. After 1300, there was climate change and harvests failed. Also, during the Hundred Years' War armies used a tactic called 'chevauchée' where soldiers roamed around destroying houses and crops so it is possible that, when the plague hit, people were not as healthy and strong as they could have been. 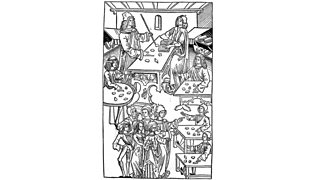 Global trade. By the later Middle Ages, merchants were trading world-wide. One route took silk and spices from China to Baghdad, and from there to the Crimea in the Black Sea, where the goods were bought by Italian merchants for sale all over Europe. Many historians believe that the plague originated in China, and followed the trade routes. 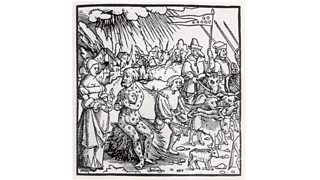 Rats. Most historians believe that the Black Death was caused by strains of the bubonic plague. The plague lived in fleas which lived on black rats. They gave the disease to the rats. When the rats died, the fleas hopped off onto humans. 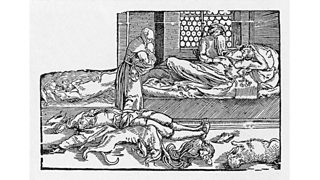 Victims of the Black Death from 1349. The Black Death (1348 - 1350) had killed many people which meant there was a shortage of workers and wages went up.

Medieval European medicine was very different from our modern concept of medicine. There was no knowledge of germs, and only relatively basic tools to diagnose and treat illness. Much of medicine was, at best, based on ancient Roman and Greek ideas of the 'humours'. The ideal was to balance specific fluids known as 'black bile', 'yellow bile', blood and phlegm (the fluids made by your ear, nose and throat). To be in a bad or good humour was evidence of how healthy you were! Other doctors would release "evil spirits" by trepanning (drilling a hole in your head to release them). In this context it is not surprising that the causes listed below emerged.

Medieval doctors were not certain what caused the plague, but believed it could be the result of:

We would consider Medieval society as superstitious. Think about the ideas above: