The government has increased investment in infrastructure, eg roads, electricity production, water distribution etc, in rural areas to provide jobs. Many of these projects have opened up the interior of China to foreign investment. This has resulted in increased economic growth.

The government has made it easier for farmers to access credit so they can invest and increase their farm incomes. Farmers have also seen their taxes cut and increased managerial, agricultural and technical support is offered to farmers to make farm businesses more viable.

For years, the health care system in China was of poor quality. It was not comprehensive and was too expensive for the poor. The New Rural Co-operative Medical Care System (NRCMCS) was introduced in 2005 to make health care more affordable to the rural poor. 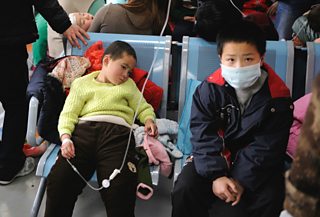 The NRCMCS is an improvement on what went before. The government claim 95 per cent of people living in rural areas are now covered by health insurance. However, some people who have migrated to the cities find that they are no longer covered, leaving them open to the full cost of health treatment. In urban areas over 30 million migrants are covered by the Urban Employee Basic Health Insurance Scheme.

Recently, the CPC declared the pursuit of Healthy China 2020, a program to provide universal health care access and treatment for all of China by the year 2020. This program is partly a response to growing health issues such as obesity. 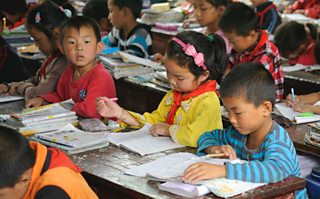 The vast majority of children attend state run schools. Schooling is compulsory and pupils must attend for at least nine years. The education system faces many challenges.

There are huge differences in the quality of schooling between urban and rural schools. Local government is expected to provide funding for schools and often the poorest provinces have little money for investing in new facilities or teaching staff.

A disproportionate amount of state education spending is directed towards universities rather than the country's primary and secondary schools. To bring in extra money, many schools have ‘gone into business’, eg with children assembling toys in school time to raise money for the school. There is massive overcrowding in city schools with millions of children squeezed into tiny school buildings. Thousands of children of migrant workers have no right to a place in a local school. 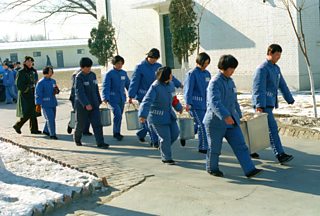 Overall, levels of crime in China are low but with a rapidly changing economic system, the opportunities for people to commit crime have increased.

Large-scale organised crime is a major problem. Crimes such as illegal gambling, drug trafficking, gunrunning and the mass pirating of foreign goods have increased. To reduce organised crime the authorities have introduced a number of policies including a 'strike hard' campaign to take out gang leaders.

Corruption is an endemic problem throughout Chinese society. With so much new money available, individuals may be tempted to take bribes in return for favours. In recent years thousands of government officials have been found guilty of corrupt practices. In response, the Chinese authorities have extended the funding and powers of the government’s anti-corruption bodies. In 2015 China's ex-security chief Zhou YongKang was jailed for life. He is the most senior politician to face corruption charges under Communist rule.

Generally, China has a worsening drugs problem. Many of the country's addicts are young, poor and/or unemployed.