Use of language in Macbeth

Language refers to the choices of style and vocabulary made by the author. When analysing the language Shakespeare uses you should think about: 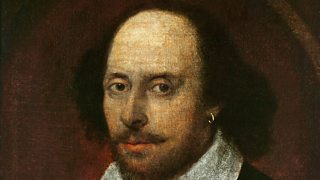 Shakespeare was a genius with words. It is estimated that he had a vocabulary of 17,000 words (four times that of the average educated person of the time). Of these it has been calculated that he brought over 1,700 new words to the English language as well as inventing many of the phrases and sayings which we still use today. For instance, 'be all and end all', 'at one fell swoop' and 'crack of doom' all first appeared in Macbeth.

Evidence and explanation of the language used

Here are some examples of language choices which Shakespeare makes: key words and literary devices such as animal imagery.

There are a number of key words in Macbeth which are used over and over again. This repetition reinforces their importance in the mind of the audience or reader and adds strongly to the overall atmosphere of the play. Three of the most important key words in the play are blood, night and time.

What relevance does the word 'blood' have in the play? 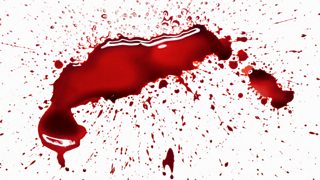 The word 'blood' appears numerous times in the play

Blood appears as a real substance all through the play. In one of the first scenes a blood-stained Captain reports on the battle to Duncan. Blood is evident when Duncan, Banquo and Lady Macduff are murdered and the Witches use animal blood as part of their potions. The play also finishes with real blood as Macbeth's severed head is displayed for all to see.

The word 'blood' also appears a number of times as a symbol of the guilt that runs through the play. For instance, Macbeth sees a vision of a bloodstained dagger before he kills Duncan and Lady Macbeth tries to wash away imaginary bloodstains during her guilt-ridden sleepwalking.

The table shows some examples of the use of the key word blood:

Why does Shakespeare use the word 'blood' so often in the play?

The word 'blood' appears over 40 times in Macbeth – not to mention appearances by related words such as 'bloody', 'bleeding' and so on. Shakespeare's constant repetition of the word 'blood' stresses to his audience or readers the full horror of what is happening. This was especially true for the play's original audiences. For them the shedding of a king's blood would have been just about the worst crime that could be committed. It was not only a crime but also a deadly sin. The references to actual blood are a constant reminder of the direct consequences of the Macbeth's actions. This is further reinforced by the images of blood which are used throughout the character's speeches and makes what they are saying all the more frightening or horrific.

What relevance does the word 'night' have in the play? 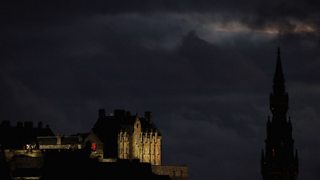 Repetition of the word 'night' also features heavily in the play

Night time is traditionally associated with evil and so it is in Macbeth. Many of the most horrifying scenes of the play take place at night and under the cover of darkness. Even when it is daylight sometimes it seems more like night. The image of night time is also used by the characters to show the darkness of their feelings and the evil of what they are doing.

The table shows some examples of the use of the key word night:

Why does Shakespeare use the word 'night' so often in the play?

The constant repetition of the word 'night' highlights the sense of darkness in the play and at the heart of some of the characters. It had another particularly practical use in Shakespeare's day. Plays were regularly performed out of doors and during daylight. Therefore it was important to keep reminding the audience that some of the play's most important scenes were actually meant to be taking place in the dark.

What relevance does the word 'time' have in the play? 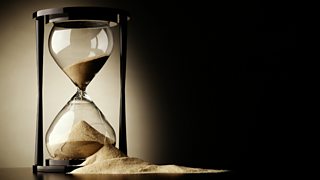 References to 'time' often crop up in Macbeth

References to time are an important aspect of Macbeth and as time passes in the play, events become more intense and consequences more significant. Being able to see into the future, as Macbeth believes the Witches are able to do, gives a sense of power to his actions. Both he and his wife seem in a hurry to realise their ambitions before time catches up with them.

The table shows some examples of the use of the key word time:

Why does Shakespeare use the word 'time' so often in the play?

As with the other key words, the main effect of repetition is to make sure that the audience or reader knows that this aspect is important. Time seems to pass more quickly as the play progresses and this adds to the tension as the play moves towards its final climax.

Some other key words which feature repeatedly in the play are: sleep, fear and nature.

Imagery is the general term covering the use of literary devices which encourage us to form a mental picture in our mind about the way something or someone looks, sounds, behaves, etc. The language used often relates to one or more of our five senses.

The three most common literary devices which come under this heading are simile, metaphor and personification.

Images of many different mammals, birds and insects appear throughout the play. Two key groups are:

What is the significance of bird imagery in the play? 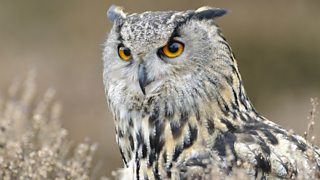 In Shakespeare's day there were many myths and folk tales surrounding birdlife. Different species of bird were thought to have specific characteristics - some, for instance, were specifically thought to bring bad luck. Shakespeare uses this to link birds and their habits to the human characters and how they behave.

The table shows some examples of the many references to birds in the play:

Why does Shakespeare use bird imagery in the play?

Shakespeare would have known that his audience would make the necessary connections between the birds he mentions and the actions and thoughts of his characters. They are used to highlight things that have happened, that are happening or that will happen and therefore create both expectation and tension.

What is the significance of wild animal imagery in the play?

Why does Shakespeare use wild animal imagery in the play?

Most of Shakespeare's original audience would never actually have seen these creatures (possibly not even pictures of them) but their characteristics would have been understood. The references help to create mental pictures in the audience's mind of the way the characters in the play are and how they behave.

In addition to the above, the famous scene (Act 4 Scene 1) where the Witches create their magic potion features virtually a whole zoo of animals. The following are listed: cat, hedge-pig (hedgehog), toad, snake, newt, frog, bat, dog, adder, blind worm, lizard, howlet (young owl), dragon, wolf, shark, goat, baboon and sow. All of these had associations with evil and/or witchcraft.