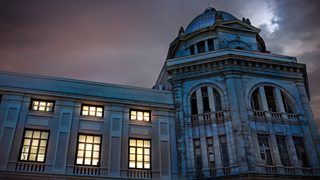 Ernesto got down onto the platform, took the subway, passed in front of the left luggage office and the ticket office and went out onto the main road. For a 16 year-old young man who had grown up in a small country village in the north of Spain, his arrival at the North Station that evening in May represented an immense shock. Never before had he been in a place with so many people, so many cars, so much noise, but what impressed him more than anything was the smell - a smell of exhaust fumes, of trees in blossom, of fried food, of petrol, of the life of a big city. As he walked up the avenue, his grandfather's old suitcase in his hand and his sleeping bag on his back, Ernesto felt happy and excited but at the same time scared. He didn't know then that this was the city where he was going to spend the rest of his life.

Literary texts like this can often look rather off-putting to start with but the questions can often be quite straightforward. Remember: