Impact of World War One 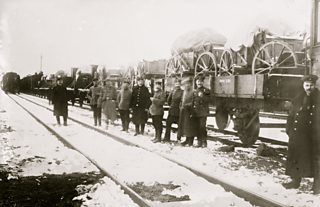 In 1914 Russia attempted to support both Britain and France by launching armies into battle within ten days. Two large Russian armies invaded Eastern Germany and won a small victory.

However, a short time later, they were completely routed by smaller German forces at the battles of Tannenberg and the Masurian Lakes.

In 1915 German and Austrian attacks forced the Imperial Armies to retreat and resulted in the loss of land. Much of this land was farmland which produced food. It also led to large numbers of refugees fleeing eastwards. These refugees needed to be fed and looked after. This intensified the problems facing the Tsarist State.

In 1916 General Brusilov launched a massive attack which forced the Austro-Hungarian Army to retreat with large numbers of casualties. Although it was successful it also resulted in heavy casualties for the Russian army.

By 1916 the Russian army had suffered around 5.3 million casualties. The Russian army which had been loyal to the Tsar had been largely destroyed. The new recruits were conscripted peasants who resented being taken away from their land. During their training they were kept in barracks in cities such as Petrograd. This allowed them to come into contact with the increasingly unhappy civilian population. This was dangerous as not only were the recruits unhappy, they also had access to weapons. 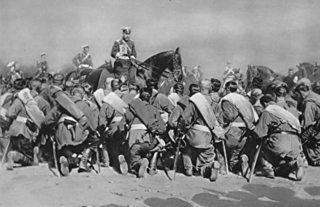 The Russian people looked for someone to hold to account for their suffering. In 1915, the Tsar had declared himself Commander in Chief of the Army. This made him a suitable target for this discontent. Nicholas II may have believed that, by taking charge, his army would be inspired and would fight with renewed vigour. Unfortunately, the Tsar knew little about the command and organisation of large military forces. The series of defeats and humiliations continued.

The organisation of the Russian army deteriorated and there were massive shortages of ammunition, equipment, and medical supplies. The treatment of the Russian wounded was seen as disgraceful and led to complaints by members of the Duma.

The Minister of War, Vladimir Sukhomlinov, was forced from office in 1915. He was blamed for Russia’s lack of preparation for the war. He was also accused of preventing reforms in military training. He had once said "I have not read a military manual for the last twenty-five years". This also caused many to question the leadership of the Empire during the war.