Kenya lies along the Equator on the east coast of Africa, next to the Indian Ocean. The capital city is Nairobi. It has a population of over 46 million people. It is a very diverse population with over 40 ethnic groups including the Kikuyu, Luo and Maasai.

Kenya is an example of a low income country (LIC). Gross National Income (GNI) is $1,290 per person compared to $42,000 per person in the UK. Life expectancy is 62 years and infant mortality 36 per 1,000. 75 per cent of the population live in rural areas, most are small scale farmers and most live in poverty.

There is a wide gap in income between people living in the drought-prone north-eastern lowlands, the highlands to the south-west, the coastal strip and the slum dwellers in Nairobi.

Impacts of tourism on the economy

Tourism in Kenya is vitally important to the economy. Low income countries (LICs) such as Kenya are keen to attract tourists to promote development. Kenya was one of the first LICs to develop its tourist industry. It is English speaking and this helped the launch of tourism. Over 1.3 million visitors travelled to Kenya in the peak year of 2011, spending £600 million. 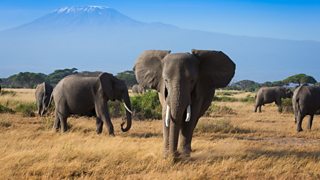 Wildlife in Kenya is a major attraction for tourists

Kenya has a hot climate and is located on the coast. Its safari parks, coral reefs and sandy beaches make it a very popular destination for tourists.

Tourism has already reached a point of decline. Controversial presidential elections in 2007 followed by terrorist attacks in 2013 and 2014 caused a massive decline in visitors. Political instability, violent crime, harassment of tourists, over-commercialism of safari parks and environmental degradation have all discouraged many tourists from visiting the country.

The Kenyan government is now acting to try to halt the decline by: