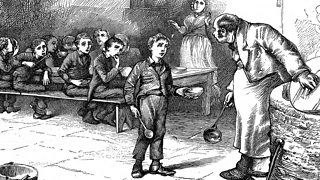 In 1926, the economic historian J H Clapham studied details of 'real wages' ie the buying power of wages, compared to prices, and suggested that people became better off during the Industrial Revolution. Historians realised that – since we are much better off today – things must have got better at some time or other.

Marxist historians wanted to prove that capitalism was a bad thing and argued that there is a lot more to life than money. They produced facts and stories to show that the life of a worker in the 19th century was bad. Historians realised that 'standard of living' meant health, environment, family, leisure, human rights, personal self-esteem and a certain quality of life.

By the 1980s, the standard of living debate was not about whether, but when, things improved. The 'optimists' traced an improvement in real wages back to the 1780s. The 'pessimists' suggested that there was no significant improvement in the quality of working peoples' lives until the 1880s.

Modern historians tend to avoid an overall judgement, and to study the 'winners' and 'losers'.

The 19th century is often stereotyped in modern films as a time of crushing misery and dirt.The 2007 BBC miniseries Oliver Twist depicted the harsh lives of poor Victorian children. 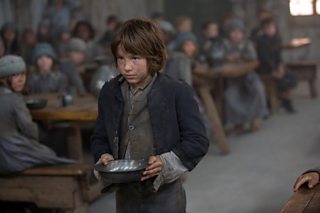 What are the popular interpretations of the Victorians?

The Victorians invented themselves – writers invented the word 'Victorian' in 1851. They saw themselves as almost perfect or at least creating a world that would be perfect soon.

Queen Victoria had only recently died before historians began to dismantle this illusion. Lytton Strachey (1918) portrayed 'eminent Victorians' such as Florence Nightingale as nasty hypocrites. Until the Second World War, 'Victorian' was used as a term of abuse for something regarded as 'old-fashioned'.

Writers and film-makers used – and still use – the Victorian era as a backdrop for 'Gothic' horror stories of vampires and werewolves. In these stories, the Victorians were reduced to ridiculous caricatures.

How have peceptions of Victorians been revised?

After the Second World War, 'revisionist' historians reinterpreted the Victorians. These historians lived in a prosperous, urban, industrialised world and they saw its origins in the Victorian age. Historians such as Asa Briggs (1959) presented the Victorian era as an 'Age of Improvement' – a time of transformation, comfort and confidence.

After the 1980s, some historians reinterpreted the Victorians yet again. For these historians, the period was 'confused' – a time when pornography rubbed shoulders with prudery, and a gleaming town hall was built next to a slum. Some even argued that the 'Victorians' did not exist. For them, the early Victorians before 1880 were no different to the Georgians of the 18th century and the later Victorians after 1880 were no different to the Edwardians of the 20th century who followed them.

What are the more recent interpretations of the Victorian era?

Recent historians disagree that the Victorians had little impact on society.

Matthew Sweet (2002) claims that the Victorians invented almost everything we enjoy today from theme parks to shopping malls and that we have only rubbished them to make ourselves seem more modern and sophisticated.

A N Wilson (2004) has shown how the Victorians were well aware of the contradictions of their own world but were happy just to live with them.