A successful media producer will research media texts that are similar to the one they want to produce.

This form of textual analysis is a useful way to determine the codes and conventions associated with a specific genre.

If you were creating a magazine front cover it would be helpful to analyse the codes and conventions of a front page similar to the one you want to produce.

A good way of doing this is to annotate a magazine cover, focusing on the central image, style of fonts used, mode of address, colour choices, anchorage and masthead.

Annotating a magazine cover can help in your research

If you decided to make a comedy feature, it would be important to research comedies from all the comedy subgenres, considering elements such as characters, settings, narrative, plot situations, representations and technical and audio codes.

This form of textual analysis is known as primary research, as it involves the media producer drawing conclusions and forming opinions about the type of media text they want to produce from first–hand analysis.

Secondary research is information researched by others that a media producer may find in books and on websites. 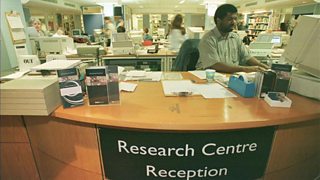 A BBC Research Centre. Research is key to producing a successful media text.