The futility and destructiveness of war

In MacLeod’s reflections on the conflict, it is clear that he has become increasingly jaded about the war. As an intellectual, sensitive man he realises it is futile and pointless.

He recounts specific traumatic and horrifying incidents with a sense of dispassion. He has become desensitized to the horrors that confront him on a daily basis. In spite of this, his reaction to the birds emphasises just how sickened he is by suffering.

Like the war, the attack on the bird seems futile. It also highlights the innate predisposition of conflict, suffering and destruction in the natural world. 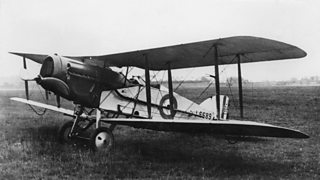 Like the character of Mackinnon in The Crater, MacLeod’s intelligence and thoughtfulness offer no protection from the horrors of the trenches. If anything, they make the situation worse.

While Macleod can recognise the irony and absurdity of the situation he finds himself in, he cannot save himself.

In the sermon delivered by the deserter, the degradation of trench warfare is emphasised. He describes horrendous conditions, rats, dead soldiers buried in the walls of trenches and being up to his knees in green slime.

He is angry not only with God but also with the generals and officers in charge back home. He seeks to find some sort of reason or rationale behind his suffering but this is pointless. His anger and rage have left him with a tremendous sense of impotence and powerlessness.

Crichton Smith draws our attention to the conflict between the needs of the individual versus those of society. The conditions of war are almost unimaginable but still society expects the deserter to sacrifice his own conscience for the greater good of the nation. Society would condemn and ostracise him for running away.

The corrosive effects of isolation on the human psyche

The conditions of trench warfare are the catalyst for the soldier’s decision to desert. But as the story progresses it becomes clear that his enforced isolation has caused much greater psychological damage.

Although misanthropic about his fellow comrades, the deserter has been hugely affected by his loneliness and lack of human contact.

Crichton Smith highlights a fundamental need for fraternity that exists in all of us. In this character he shows us the terrible effects of long periods of enforced isolation.