Since the early 1900s there had been growing desire throughout Indochina for independence from the French colonialists.

This increased after the invasion of Vietnam by Japan in 1940. A year later the Vietminh (Vietnam Revolutionary League) was established in Southern China by Hồ Chí Minh and Võ Nguyên Giáp. This organisation aimed to secure independence for Vietnam. 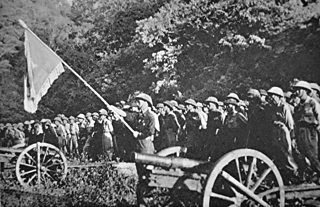 In the decade following the end of World War Two, the French lost the power struggle against the Vietminh. The main French force in Vietnam was wiped out at the Battle of Dien Bien Phu in 1954.

Meanwhile, China, a neighbouring country to the north of Vietnam, had been taken over in 1949 by communists led by Mao Zedong.

This, coupled with the adoption of the Truman Doctrine by US policy makers, meant that the USA had been financing French efforts against the Vietminh since 1950.

Many western policy-makers believed in the Domino Theory - if one country was to adopt communism, then neighbouring countries would also become communist. 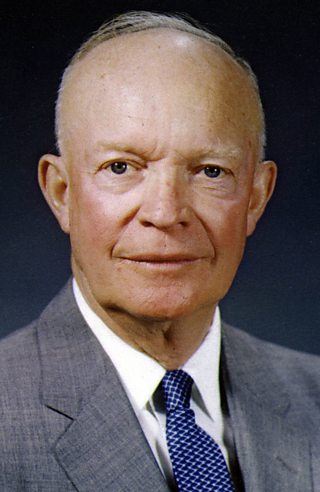 After the Geneva Agreements of 1954, a date was set for the reunification of Vietnam under one government. This government was to be elected by the Vietnamese people.

US President Eisenhower was convinced the Vietnamese would elect Ho Chi Minh and this would result in another Communist government in South-East Asia.

The USA therefore supported Ngo Dinh Diem, who had been elected as President of South Vietnam in 1955. Diem refused to allow elections for re-unification. The US sent military advisers and aid to the south in its struggle against the Communists

After the death of Diem in 1963, the southern government continued to be unpopular with southern citizens.

By 1965 there were 170,000 Vietcong (a term used by US soldiers to refer to any person who acted against the US military or South Vietnamese government).

It became clear by 1965 that the AVRN (South Vietnam’s military) could not hold out against the Vietcong on their own.

By March 1965, the first US combat troops had landed in South Vietnam.