What does the Bible say about forgiveness?

The Catholic Church’s teaching on forgiveness is based on the Bible and the teachings of Christ.

The Parable of the Unmerciful Servant 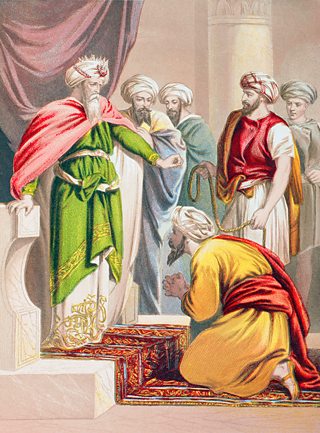 The king heard about this and was very angry, as he had shown mercy on the servant. The king felt that the servant should have shown mercy to his friend in the same way. The king then threw the servant in jail until he had paid back the large amount of money that he owed.

After the Parable of the Unmerciful Servant, Peter asks Jesus how often he should forgive:

Then Peter came and said to him, 'Lord, if another member of the church sins against me, how often should I forgive? As many as seven times?' Jesus said to him, 'Not seven times, but, I tell you, seventy-seven times'.Matthew 18:21-22

This outlines the idea of forgiveness, by showing that it is not a one-time action. If someone asks for forgiveness over and over, then it is the duty of an individual to forgive them. In Matthew’s Gospel, the teaching on forgiveness is continued, with Christ making it clear that in order to be forgiven, humans must forgive others.

Catholics must forgive the sins of others in order for God to forgive them their sins.

The Our Father prayer

The Our Father prayer, in which Jesus taught about forgiveness, is one of the most important prayers in Catholic Christianity. It is the responsibility of humanity to forgive sins, as Jesus gave the disciples the commandment to go out, teach and forgive sins.

Just as God sent his Son to forgive sins, so Jesus has passed that commandment on to his followers.